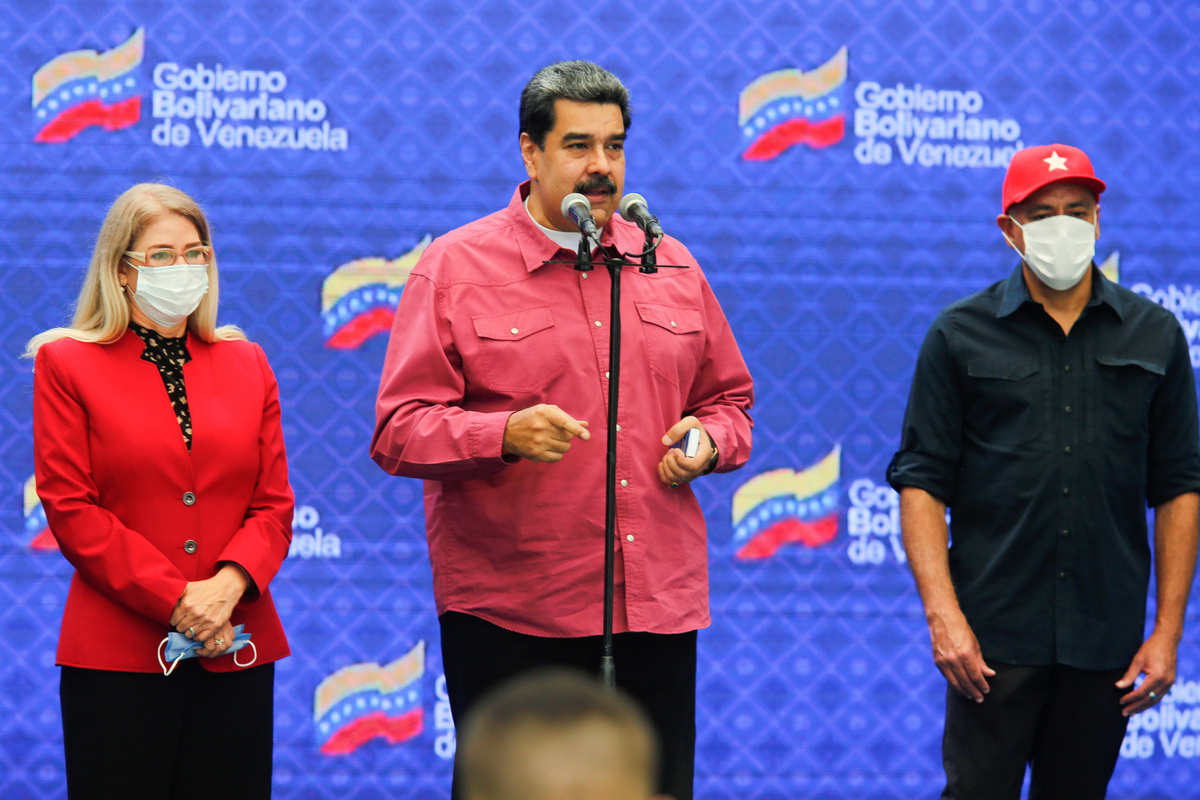 Venezuela's President Nicolas Maduro speaks to the media after voting during the parliamentary elections in the country's capital Caracas on Sunday. (Photo: Xinhua)

Venezuelan President Nicolas Maduro's political alliance claimed a sweeping victory on Monday in congressional elections, one day after he praised the peacefulness of the poll and called on the opposition to resume political dialogue.

"We have recovered the National Assembly with the majority vote of the Venezuelan people," Maduro said in a televised address. "It's a great victory without a doubt for democracy."

More than 20 million Venezuelans were eligible to vote in Sunday's elections to choose legislators from more than 14,400 candidates registered by 107 national and regional political organizations.

Venezuela has been hard-hit by the COVID-19 pandemic, and voters were required to wear masks inside polling stations, where the floors bore markings to ensure distancing was maintained.

Maduro's United Socialist Party of Venezuela and allied parties captured 67 percent of seats in the National Assembly in the elections.

It plays out in the waning days of the administration of US President Donald Trump, which leaves office with Maduro firmly entrenched despite its efforts to bring about his departure through diplomacy and sanctions.

The National Assembly has been led by US-backed politician Juan Guaido, who has pressed to oust Maduro for nearly two years.

Maduro said on Sunday: "Starting today, a new era is born in Venezuela and we are giving ourselves the opportunity to start a truly democratic process for the recovery of our beloved homeland.

"I call on all the opposition to abandon the extremist route ... we ask in one voice for the new United States government to lift all sanctions... we restore all national dialogue mechanisms and are preparing an electoral agenda."

He added that although violent groups in the country had threatened to carry out acts of vandalism to keep some polling stations closed, there were no incidents and all polling centers remained open.

"We had the patience, the wisdom, to wait for this hour, to wait for this day and get rid of that nefarious National Assembly that attacked Venezuelans, that brought the plague of sanctions, cruelty, and pain, suffering. We had patience, endurance, (and) resistance," he said.