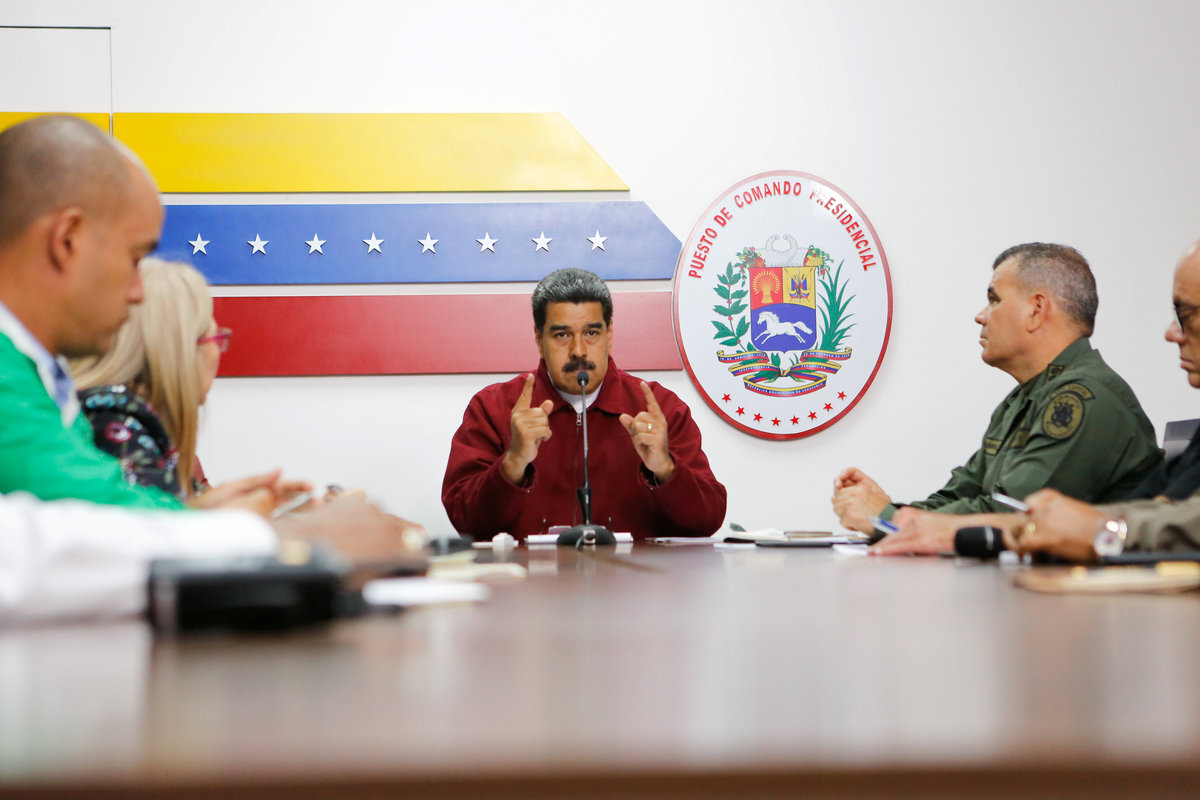 Venezuelan President Nicolas Maduro speaks during a meeting with members of the government in Caracas, Venezuela, March 12, 2019. (Photo:VCG)

According to the government, the opposition with support from Washington sabotaged the national power grid to incite unrest in a bid to oust Maduro.

"Today ... five days since the attack on electricity was carried out from the United States using cybernetics against the electric system, I can say that victory is in our hands, the victory of restoring the Venezuelan electricity system," Maduro said in an address to the nation.

The government was working to strengthen the electricity service now that power has been restored to a good portion of the country, including by stepping up security at power stations, he said.

Electricity went off in many parts of the country on Thursday afternoon after an outage at the enormous Guri Dam hydroelectric station, which supplies most of the nation's power. Schools and government offices were shut down in the aftermath.

The worst blackout in modern Venezuelan history came amid heightened tensions between the ruling party and the opposition.

Opposition leader Juan Guaido, who declared himself "interim president" on Jan 23, is under investigation for his alleged role in causing the power outage, Venezuelan Prosecutor General Tarek William Saab said earlier in the day.

Saab added that Guaido was already under investigation for violating constitutional norms after he declared himself "interim president", Xinhua reported.

Meanwhile, Washington kept up the pressure on Caracas, as it is considering more "very significant" sanctions on institutions doing business with Maduro's government, Agence France-Presse reported.

There will be "some very significant additional sanctions" in the coming days, US Special Representative for Venezuela Elliott Abrams told reporters at the State Department's daily news conference.

His words came one day after US Secretary of State Mike Pompeo ordered a full withdrawal of remaining diplomats from the US embassy in Caracas within a week.

At the United Nations headquarters on Tuesday, European Union foreign policy chief Federica Mogherini warned that military action in Venezuela would be unacceptable and that a solution to the crisis should not be "imposed from outside", putting the US on notice, The Associated Press reported.

US President Donald Trump has repeatedly said that all options are on the table, refusing to rule out a US military intervention in Venezuela.