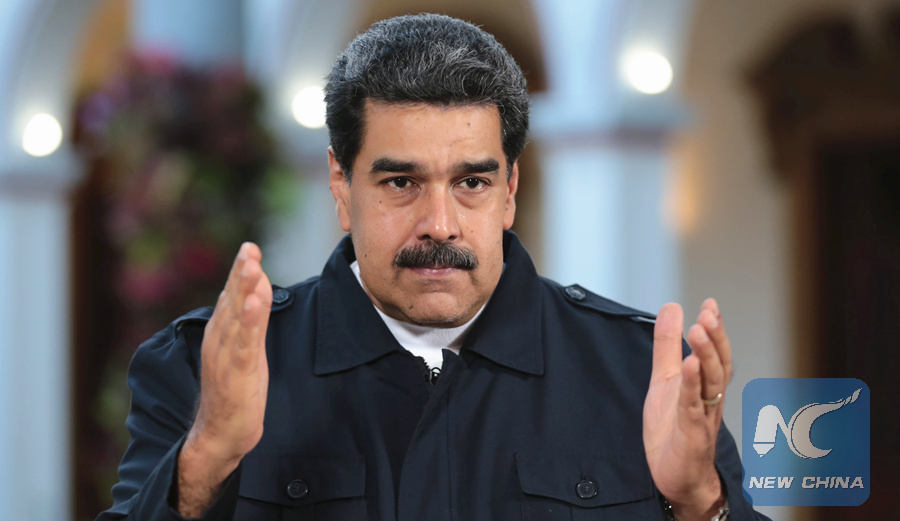 Venezuelan President Nicolas Maduro said on Saturday that the country was the victim of yet another cybernetic attack on the national electrical system, which was affecting the progress achieved in restoring power outage.

"We received another cybernetic attack at noon to one of the generation sources that was working perfectly, but the fresh attack knocked out all that had been achieved by noon," Maduro said during a speech marking the Bolivarian Day of Anti-imperialism.

The Venezuelan president said thanks to a deployment made by his government on Friday, they had been able to "make progress in continuous recovery process" that restored electricity to 70 percent of the country, which was lost following the new attack on Saturday.

A new electrical failure on early Saturday left several areas in the Venezuelan capital of Caracas, where electrical service had been restored, without power once again.

Since Thursday afternoon, large parts of Venezuela has been left without electrical power due to what authorities called a sabotage of the country's central hydroelectric plant at the Guri dam in southeastern Venezuela.

On Friday afternoon, electricity was restored to at least 10 Caracas districts after 20 hours without service, and to several eastern states. However, new power outage hits Venezuelan capital again on Saturday.

In his twitter account, Maduro said on Saturday that the United States, once again, underestimated the Venezuelan people, referring to the sabotage of the hydroelectric plant, which is the country's largest.