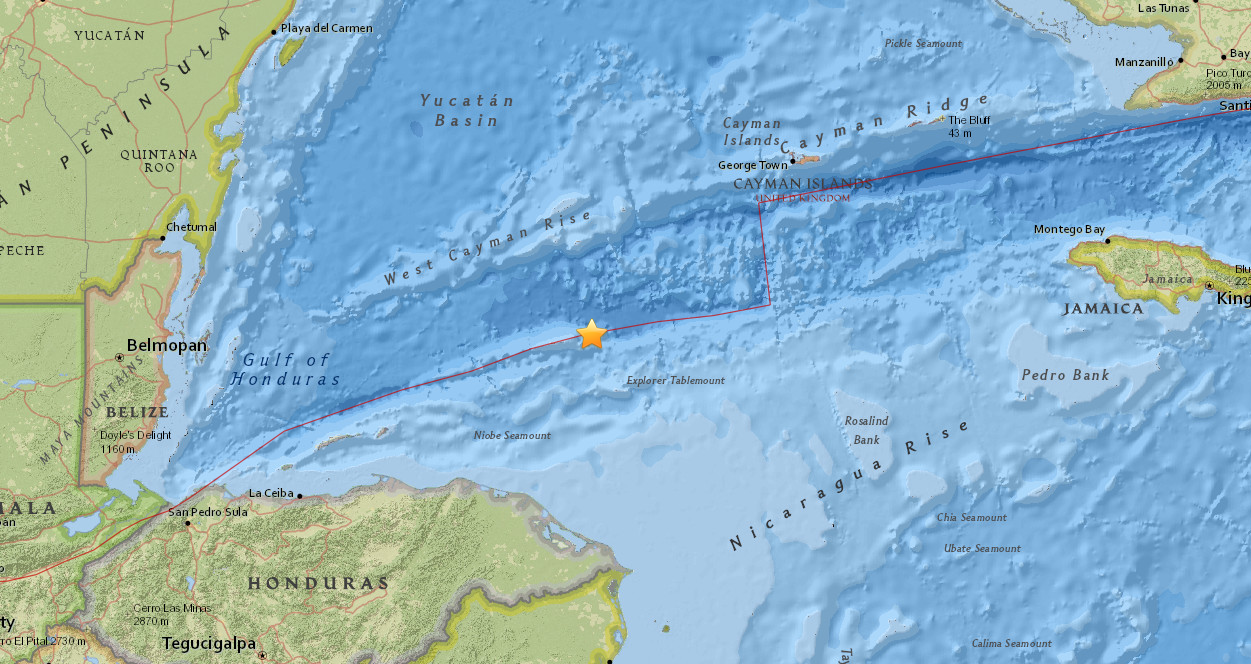 A powerful 7.6-magnitude earthquake hit off Honduras late Tuesday, triggering tsunami threats and advisories for nearby Caribbean shores, but there were no immediate reports of damage or injuries.

The quake struck at 0251 GMT and its epicenter was located some 27 miles (44 kilometers) east of Great Swan Island, according to the US Geological Survey (USGS). It was provisionally considered to be shallow.

"Based on the preliminary earthquake parameters, hazardous tsunami waves are possible for coasts located within 1,000 kilometers of the earthquake epicenter," the US National Weather Pacific Tsunami Warning Center said.

Tsunami advisories, which are a level below "warnings" were issued for Puerto Rico and the Virgin Islands.

Cuba, Mexico, Honduras, Belize and Jamaica meanwhile were issued "threat" warnings of waves between 0.3 to one meter (a foot to 3.3 feet) high.

The USGS's PAGER algorithm assigned the event a "green alert," meaning a low likelihood of casualties and damage.

"Overall, the population in this region resides in structures that are vulnerable to earthquake shaking, though resistant structures exist," it said.