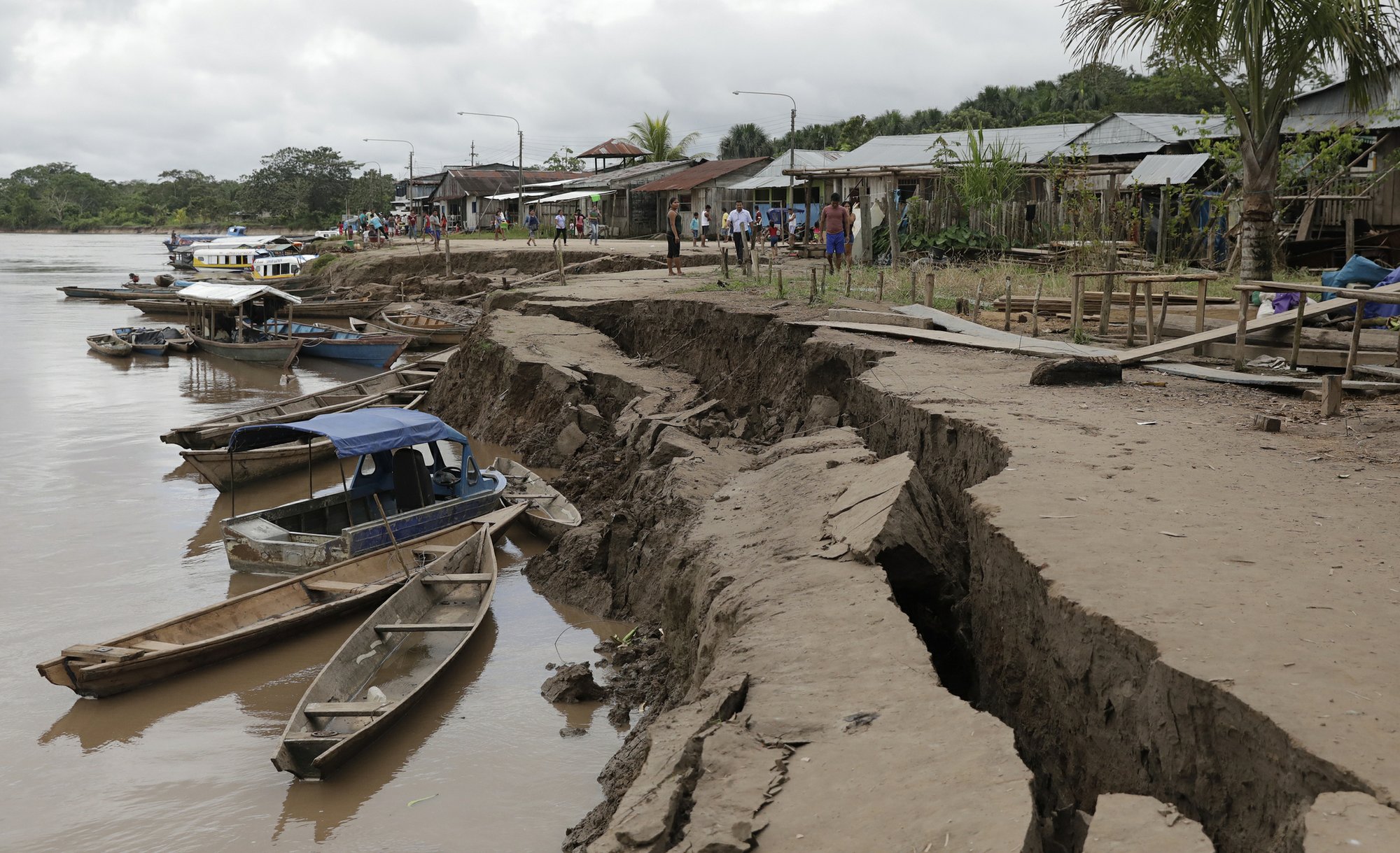 The banks of the Huallaga River are cracked after an earthquake in Puerto Santa Gema, on the outskirts of Yurimaguas, Peru, Sunday, May 26, 2019. (Photo: AP)

A powerful magnitude 8.0 earthquake struck a remote part of the Amazon jungle in Peru early Sunday, collapsing buildings and knocking out power to some areas but causing only one reported death.

The quake struck at 2:41 am and was centered in a vast nature preserve 57 miles (92 kilometers) east of the small town of Yurimaguas. Helping limit damage was the earthquake’s depth, at 70 miles (114 kilometers) below the surface, according to the US Geological Survey. Earthquakes that are close to the surface generally cause more destruction.

President Martín Vizcarra called for calm before traveling to the zone with members of his cabinet to survey the damage. He said first reports indicate a bridge had collapsed and several homes and roads had been affected.

“It’s a quake that was felt throughout the Peruvian jungle,” said Vizcarra, who was scheduled to host a regional summit Sunday in the capital with the presidents of Bolivia, Colombia and Ecuador.

Ricardo Seijas, chief of the National Emergency Operations Center, said one person died when a rock fell on a house in the Huarango district.

In Yurimaguas, a bridge and several old houses collapsed, and the electricity was cut, according to the National Emergency Operations Center.

Images circulating on social media showed residents in several parts of the country panicked as the quake shook buildings.

The quake also awoke people in Lima, who ran out of their homes in fear.

“It was a really long quake,” said Maria Brito, who lives on the fifth floor of an apartment building in the capital. “It could’ve been worse, and luckily it’s over.”

Earthquakes are frequent in Peru, which lies on the Pacific’s so-called Ring of Fire. On August 15, 2007, a similarly sized quake struck near Lima, killing more than 500 people.