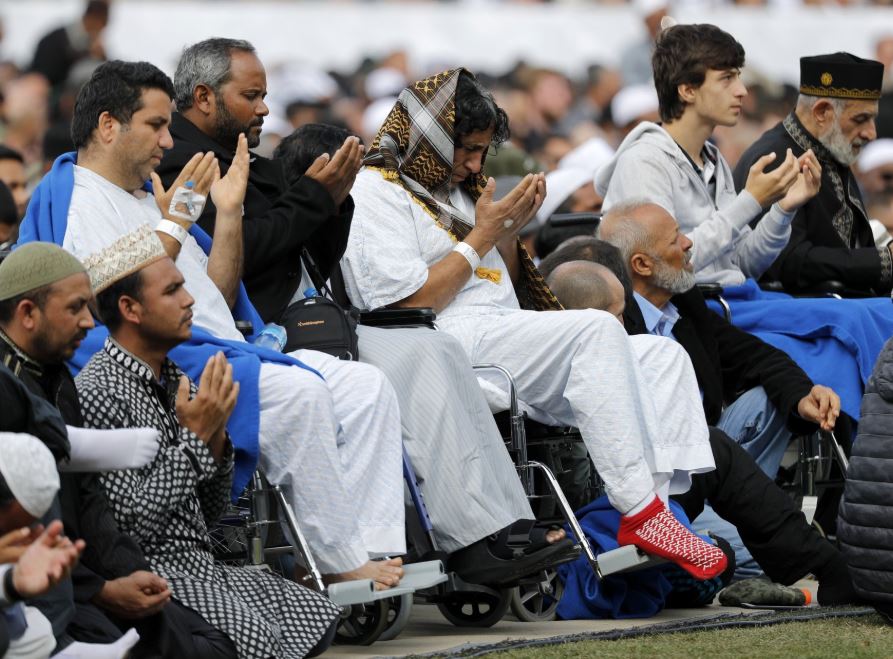 Malaysia’s prime minister says Muslim countries need to look for new ways to reduce the atmosphere of hatred and anger toward Muslims that prompted the deadly attack on mosques in New Zealand.

Mahathir Mohamad, a prominent Muslim statesman, says he discussed ways to improve the perception of Muslims around the world in talks Friday in Pakistan with Prime Minister Imran Khan.

He says Muslims need to learn how to respond to the hatred directed at them, and warned that taking revenge and killing invites the same reaction. He didn’t specify any alternatives, but his comments suggested more tolerance, patience and dialogue.

Mahathir arrived in Pakistan on Thursday for a three-day visit.

Thousands of people have gathered for a mass funeral to bury 26 of the victims of the mosque attacks in Christchurch, New Zealand.

Family members took turns passing around shovels and wheelbarrows to bury their loved ones.

The burials come hours after thousands gathered in a Christchurch park for Friday prayers, including Prime Minister Jacinda Ardern.

An Australian national security official says security agencies are increasing their “scrutiny and pressure” on white supremacists after the New Zealand mosque attack.

Home Affairs Department chief executive Mike Pezzullo told a Senate committee on Friday that Australian agencies were working to assist the New Zealand investigation into the Australian man arrested in the killings of 50 worshippers in two Christchurch mosques last week.

Brenton Tarrant espoused white-supremacist views in a manifesto describing his plans for the attack, and racist imagery was seen in his livestreamed footage.

Pezzullo said the Home Affairs Department stood resolutely against white supremacy and he addressed its adherents in saying,” The scrutiny and pressure that you are under will only intensify.’”