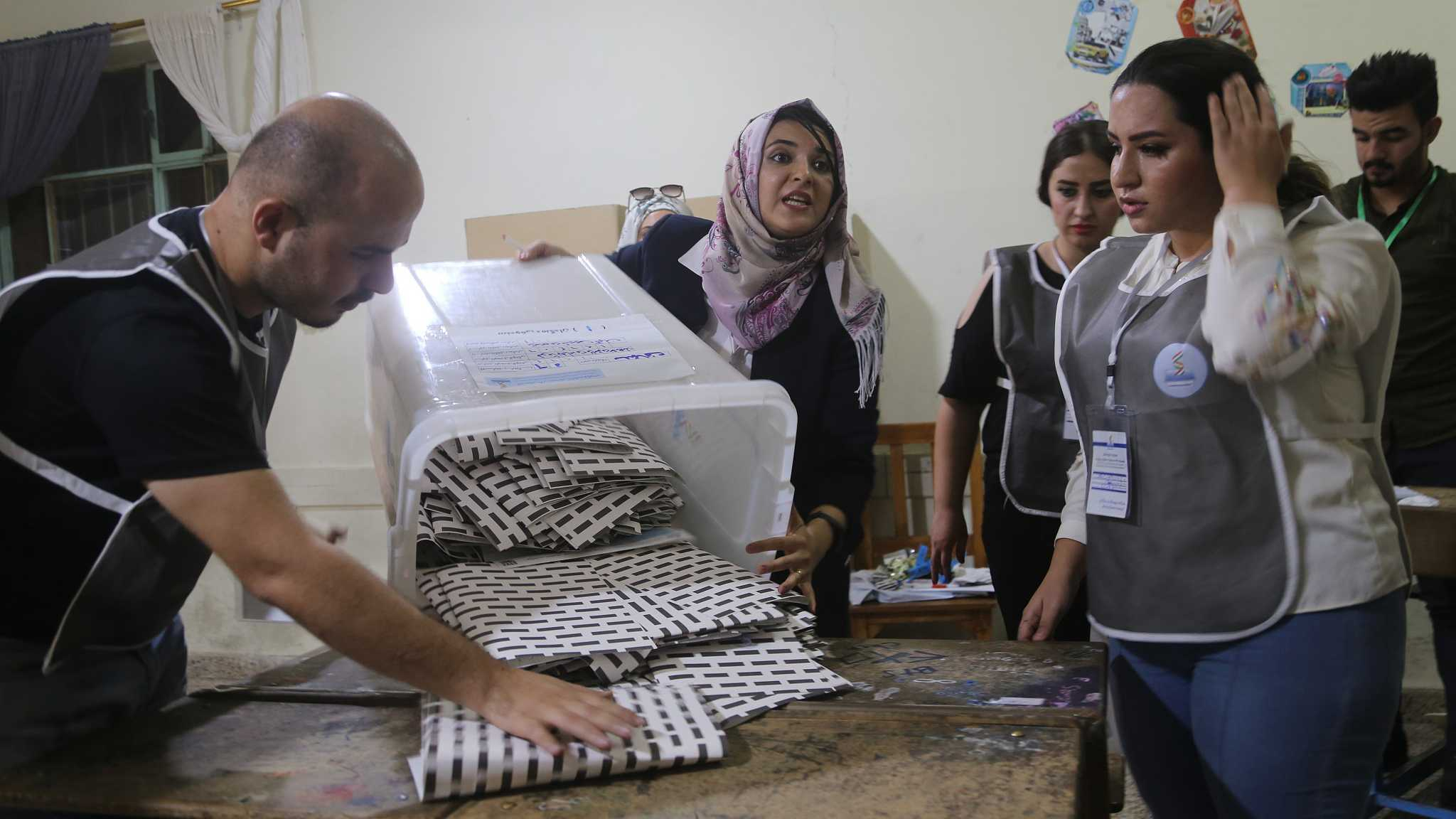 One of the dominant Kurdish parties in northern Iraq said it might not recognize the results of Sunday's parliamentary election and then appeared to backtrack, injecting uncertainty into a region demoralized by a failed independence bid.

The Patriotic Union of Kurdistan (PUK) said in a statement its decision to ignore results in several provinces, which have yet to be announced, was based on what it described as violations in the voting process.

The statement was later withdrawn but Karwan Anwar, the head of the PUK media office, said that the party would reject results in all provinces.

Some party officials, including Deputy Prime Minister Qubad Talabani, said it was too early to judge the results.

The PUK is competing with its long-time rival the Kurdistan Democratic Party (KDP) in the election as discontent grows with perceived corruption and economic hardship.

With a weak opposition, the political dynasties were expected to enjoy a smooth extension of their power in the land of six million people, which gained semi-autonomous status after the 1991 Gulf War.

Allegations of fraud, also being leveled by the main opposition Gorran Movement, will unsettle Kurds who hoped the poll would end turbulence and deliver stability.

Veteran KDP leader Masoud Barzani has managed to retain a support base even though he led an independence bid that brought hardship for the Kurds after military and economic retaliation from Baghdad.

Splits within the PUK could give the KDP the upper hand in their power-sharing arrangement, which has been fraught with tensions. The two sides fought a civil war in the 1990s.

The Kurdish election commission issued instructions overnight to voters on what type of identification is required for voting, in an attempt to prevent fraud, it said.

In a statement, Gorran accused the PUK of "taking measures that are a serious threat to the credibility of the parliamentary election" such as forcing election administrators to allow people to vote with fraudulent certificates.

In one example, three political party observers told Reuters a group of 30 men carrying knives barged into a polling center in Sulaimaniya and demanded to vote, even though they did not have the required documents.

The men, whose loyalties were unclear, stormed a voting room, broke open ballot boxes and walked off with the ballots, said the observers.

While criticism of the ruling Kurdish establishment – dominated for decades by the Barzani and the Talabani families – has grown more vocal, a struggling opposition has been unable to alter the political landscape or influence policies.

"I don't know who I will vote for, but our family has always supported the KDP. My son will pick a candidate for me," said Halima Ahmed, 65, as she walked with a cane in the city of Erbil, the seat of the Kurdistan Regional Government (KRG).

Preliminary results are expected within 72 hours. There are 111 seats being contested in the election, including 11 reserved for ethnic minorities.

Reuters correspondents who visited several polling stations in the main cities of Erbil and Sulaimaniya throughout the day noted low turnout.

The number of voters has shrunk in recent elections as the region's stagnant politics, unpaid public sector salaries and corruption have undermined the population's faith in politics.

Kurdish opposition parties did poorly when Iraq held federal elections in May. But multiple allegations that the KDP and PUK had committed election fraud – not confirmed in a subsequent recount – may sway some voters in their favor.

Gorran, the main opposition movement, has been hit by infighting and the death of its founder and leader Nechirvan Mustafa last year.