VIENTIANE, July 28 (Xinhua) -- With the concrete beam of the last span over Mekong River put in place, the main section of Luang Prabang cross-Mekong River railway bridge has been completed on Sunday, seven months ahead of schedule. 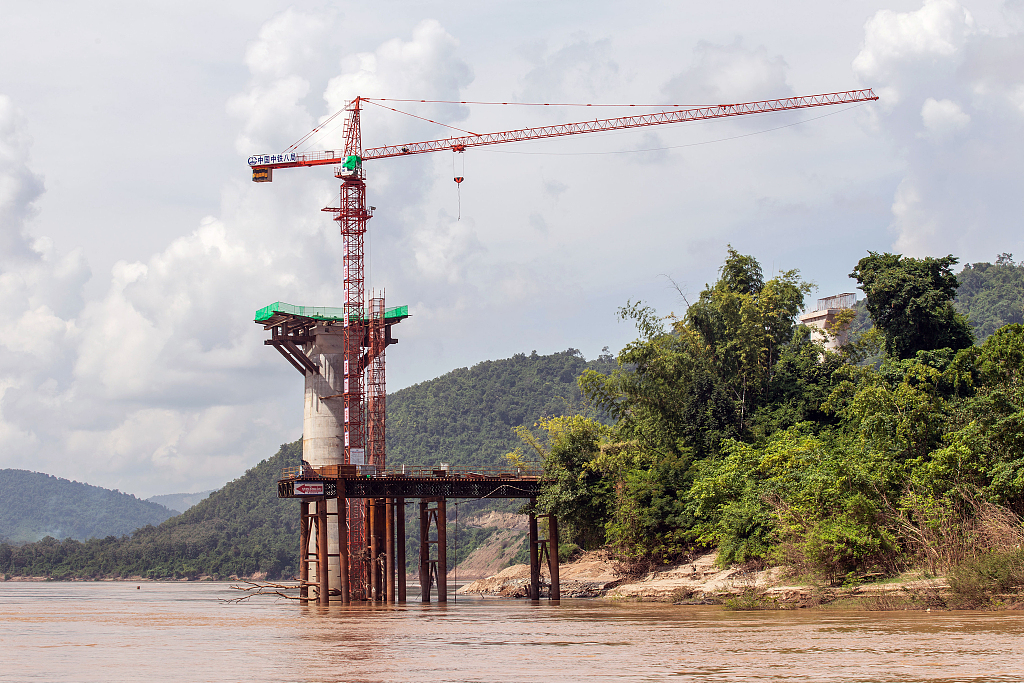 The closure of the Luang Prabang Mekong River Super Major Bridge, one of the two cross-Mekong bridges along the China-Laos Railway, indicated that the railway project construction has made major progress in the 2019 civil engineering schedule.

The 1,458.9-meter bridge lies in the north of the Luang Prabang Ancient Town, a world heritage in Laos, some 220 km north of the capital Vientiane, with five main piers including 34 spans planted in Mekong River.

According to the Laos-China Railway (LCRC), which is in charge of the construction and the operation of the railway, the Luang Prabang cross-Mekong River bridge is a challenging task among over 160 bridges of the railway, involving the most complicated bridge building techniques.

As the first overseas route connecting China's railway system using Chinese technology and equipment, the China-Laos Railway is a major project in infrastructure inter-connectivity between China and neighboring countries, and a major project in implementing the Belt and Road Initiative.

The 414-km China-Laos railway links the Mohan-Boten border gate in northern Laos and Vientiane. Operating speed on the route is designed at 160 km per hour.