HANGZHOU, June 1 (Xinhua) -- A major China-Europe freight train route linking Yiwu in Zhejiang Province and Madrid in Spain has seen deliveries surge 72 percent in the first five months, according to the train operator. 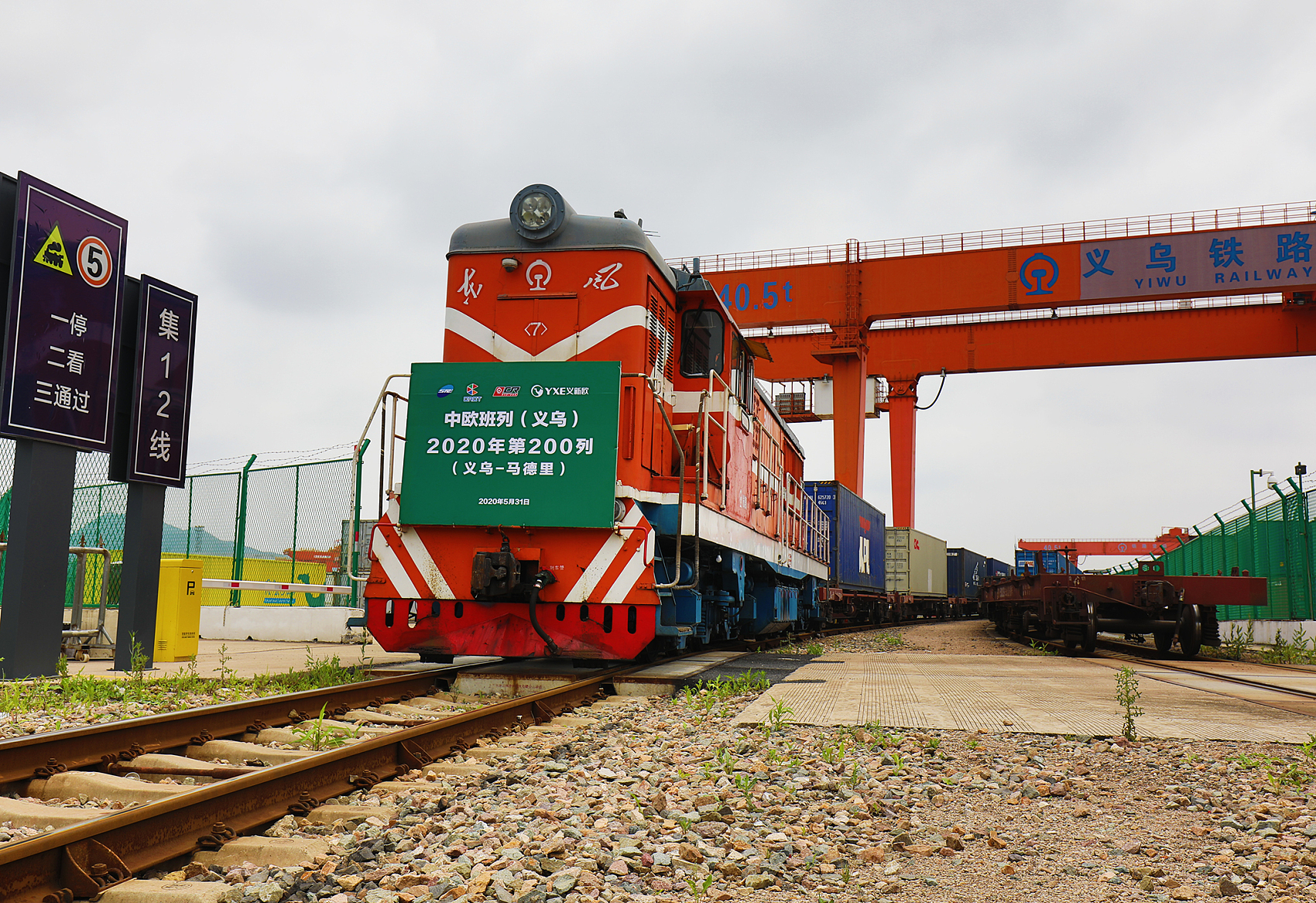 As of May 31, 16,672 twenty-foot-equivalent unit (TEU) containers have been sent on the route, with 200 trains sent this year, according to the China Railway Shanghai Group.

The operator sent 19 trains in the last week of May and plans to send over 20 trains weekly starting in June.

Initiated in 2011, the China-Europe rail transport service is considered a significant part of the Belt and Road Initiative to boost trade between China and countries participating in the program. Amid the coronavirus pandemic, the service remained a reliable transportation channel.

From March 21 to the end of April, anti-pandemic supplies totaling 660,000 items and weighing 3,142 tonnes were sent by the freight trains to European countries such as Italy, Germany, Spain and the Czech Republic, according to China State Railway Group.