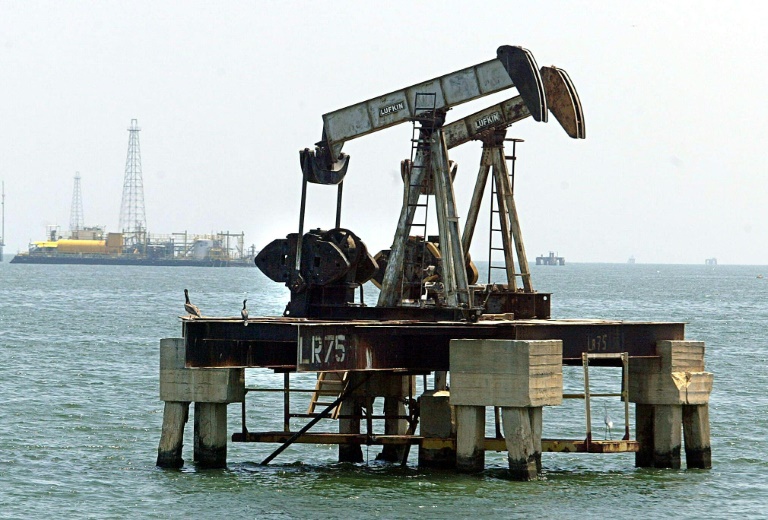 Oil prices lost a fifth of their value in just one month, driven down by higher supply and fears of slowing demand (Photo: AFP)

Major oil producers meet in Abu Dhabi on Sunday to consider reverting to output cuts after a sharp slide in crude prices revived fears of a 2014-style crash.

Oil prices shed a fifth of their value in just one month after surging to a four-year high in early October, driven by a combination of factors centred on higher supply and fears of sluggish demand.

The United States has upped production of shale oil, while Saudi Arabia, Russia and others have raised supplies of crude amid signs of slowing demand.

The slide also comes during signs of a softer-than-expected impact from US sanctions on Iran oil exports.

"With the Iranian sanctions not being as severe as initially feared, officials from the OPEC and non-OPEC producers may discuss at the weekend the need to bring compliance back down towards the 100-percent level or risk another 2014-style slide in prices," he said.

Energy ministers of top producers Russia and Saudi Arabia will join other OPEC and non-OPEC officials for the meeting of the Joint Ministerial Monitoring Committee, which oversees production levels.

The world's second and third crude producers -- after they were overtaken by the United States thanks to shale oil -- Russia and Saudi Arabia are the core of an alliance of producer nations that succeeded in solidifying oil prices after the 2014 crash.

Through large production cuts starting at the beginning of 2017, they managed to push up oil prices from below $30 a barrel to over $85 a barrel in October, strongly improving their revenues.

But the producer nations eased the output cuts in June after signs of a tight market and higher prices, allowing hundreds of thousands of extra barrels into the market.

Saudi Arabia raised its production from around 9.9 million barrels per day in May to around 10.7 million bpd in October, according to Energy Minister Khalid al-Falih.

Cailin Birch, analyst at the Economist Intelligence Unit, said a slowing oil demand is beginning to appear in China, the world's largest importer of crude oil.

"The recent drop in oil prices reflects a combination of factors. For one, signs of slowing oil demand are beginning to appear; the rate of GDP growth in China is beginning to ease," Birch told AFP.

The meeting, which will also be attended by the oil ministers of Kuwait, Venezuela and host nation the UAE, is not due to make decisions but will most likely send signals.

The JMMC, a technical committee, is expected to make important recommendations on production cuts to a key ministerial meeting in Vienna next month for the OPEC and non-OPEC producers.