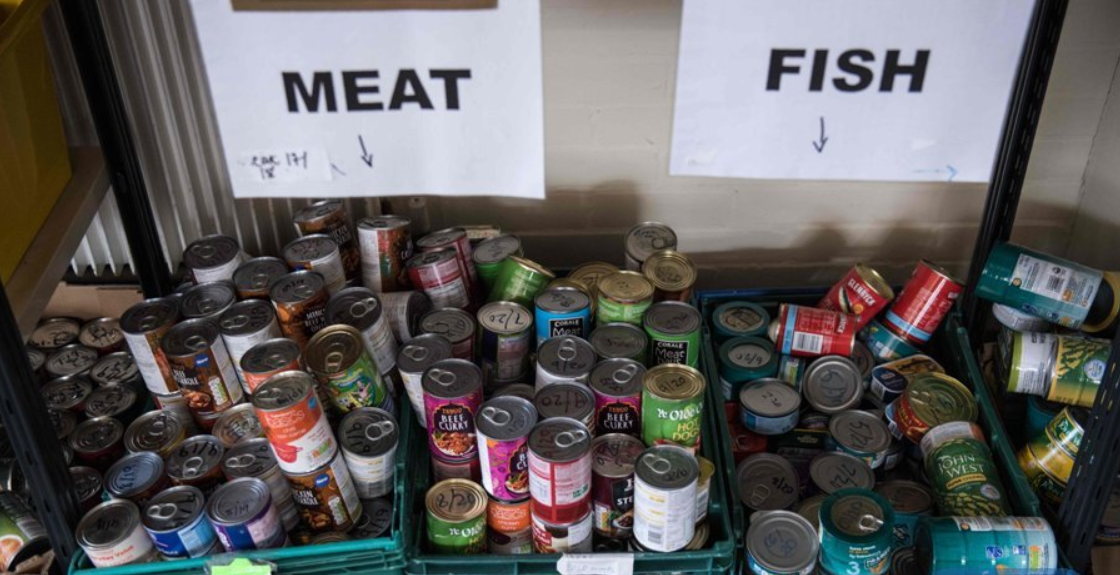 Stock for food parcels is pictured at the Meadows Foodbank in Bridgeway Hall Methodist Church which is provided by The Trussell Trust charity in Nottingham, central England on November 17, 2017. (Photo: AFP)

LONDON, Feb. 21 (Xinhua) -- Leading retail bodies in the United Kingdom (UK) and Ireland issued a warning on Thursday that the price of fresh food and drink could increase dramatically in the event of a No-Deal Brexit.

With just over 30 days until UK is set to leave the European Union, the British Retail Consortium (BRC), Northern Ireland Retail Consortium (NIRC) and Retail Ireland, voiced their concerns to the government in a letter, stating that a No-Deal outcome could lead to delays at major borders and shortages of food products.

In an exclusive interview with Xinhua, William Bain, Europe and International Policy Advisor at the BRC, said that the consequences of a No-Deal Brexit could be catastrophic.

"The first thing is going to be the big delays around the Dover straits - so that's at ports like Dover, Euro Tunnel and Calais. That will be because of checks on items coming from the UK - so these are predominantly food items that would have to take place on entry to the EU. So that means that the flow of goods through those three ports could be dramatically cut," Bain said.

As some government estimates state that there could be a fall of between 30-87 percent in the flow of trucks through the three main ports, Bain believes that this will bring large queues on either side of the border - affecting the supply of stores.

"We're going to see shelves not as full around the clock - as they have been. We have 'just-in-time' supply chains for food, but also for many non-food products which will be seriously affected by having this reduction in flow through these vital ports feeding goods into the UK."

The concern shown by the major retailers in the food and drink industry are also being echoed by local store owners across the UK.

Joga Singh, who owns a food and drink corner shop on Baker Street, London told Xinhua that he was deeply concerned about how the tariffs would affect the price of his products.

Not only is the manner in which Brexit is being negotiated concerning retailers, but also the timing of the exit.

"The reason why No-Deal is so bad for the spring of this year is that this is the time of the year when the UK imports huge amounts of things like lettuce, tomatoes, soft fruits - above 70 percent in all of those categories, and we import them from the European Union," Bain said.

"In many areas, it's these EU supply chains that have helped people have better health, that have sustained shopping habits over the last three to four decades, that you just can't replicate by getting them from other parts of the world."

Major retailers are now looking at preparations for a No-Deal Brexit, which many are concerned is wasting time and money that could be better spent on resources, improved products and staff development.

In the past week, a potential merge between two of the UK's largest supermarkets, Sainsbury's and Asda, was effectively ruled out from the national competition regulator, The Competition and Markets Authority.

However, the majority of major retailers in the food and drink industry have been speaking with one voice regarding a No-Deal scenario.

"If you impose extra tariffs on the import of goods from the EU, and we have lots of extra regulatory barriers between the EU and UK, then consumers are going to be looking at a big increase in the cost of produce," Bain said.