Instead of shuttered schools and snow days, the latest winter storm to wallop the Northeast shut down vaccination sites and snarled other pandemic-related services in many states that could see as much as a foot of snow by Monday evening. 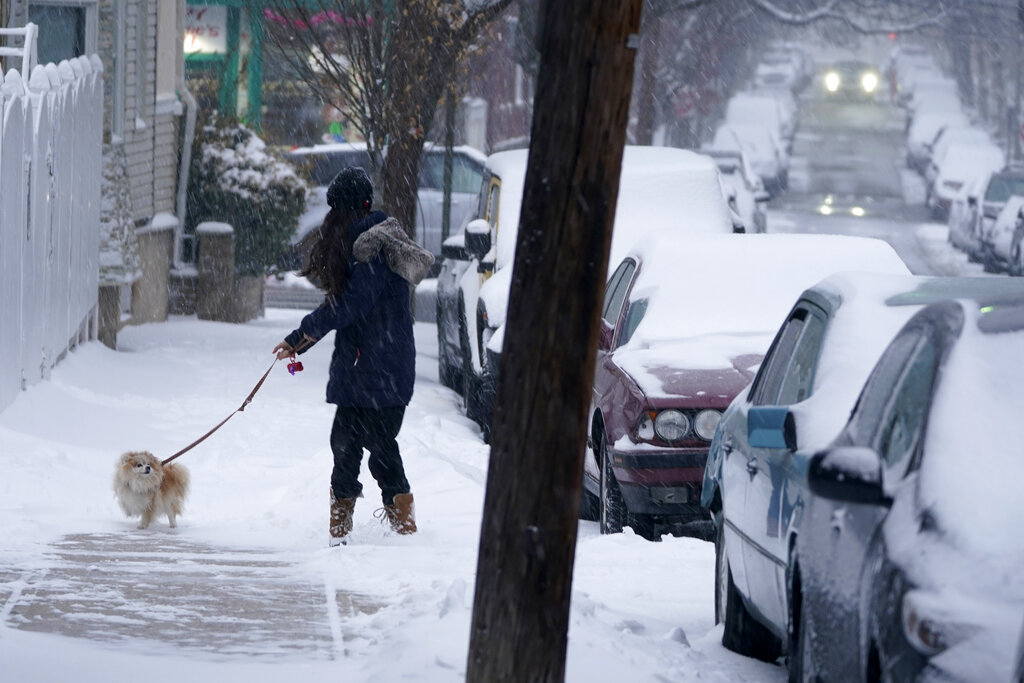 Lara Pagano, a meteorologist with the National Weather Service, said a nor’easter developing off the mid-Atlantic coast will be a “pretty slow mover” as it brings heavy snow and strong winds through Tuesday.

“It's going to be a prolonged event,” Pagano said.

In-person learning was canceled in school districts across the Northeast on Monday, and many COVID-19 vaccination sites were closed. New York City Mayor Bill de Blasio said on MSNBC Monday morning that he hoped city-run vaccination sites could reopen on Tuesday.

All New Jersey Transit trains and buses were suspended, except for the Atlantic City Rail Line. Other regional railroads including Pennsylvania’s Northeast Regional, Keystone Service and Empire Service were operating on limited or modified schedules. New York Waterway ferries were suspended.

In recent days, a storm system blanketed parts of the Midwest, with some areas getting the most snow in several years. Ohio, Washington, D.C., and parts of Virginia also received snow.

Snow and cold in Washington led President Joe Biden to postpone a visit to the State Department that had been planned for Monday. A White House official said Sunday night that the visit would be rescheduled for later in the week when the agency’s staff and diplomats could more safely commute to attend.