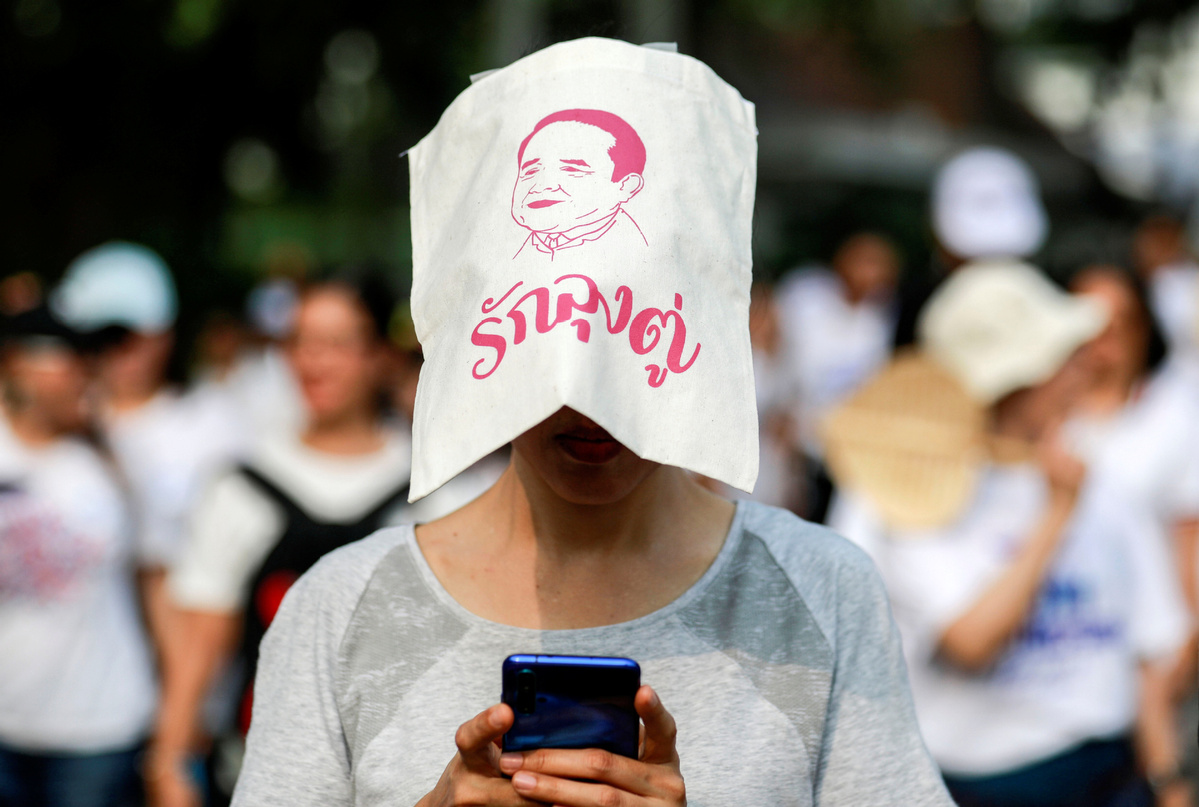 A supporter of Thailand’s Prime Minister Prayut Chan-o-cha uses a mobile phone while walking to show her support for the government at a park in Bangkok, Thailand January 12, 2020. (Photo: Agencies)

BANGKOK - A majority of executive members of the Palang Pracharath Party, core of Thailand's current coalition government, resigned en masse on Monday, prompting the naming of the party's entire executive board in near future.

The party will pick a new executive board within 45 day under the party's rules.

Prayut, who has been largely tipped to reshuffle his cabinet in the foreseeable future, will likely pick newly-named executive members of the party for the cabinet seats.