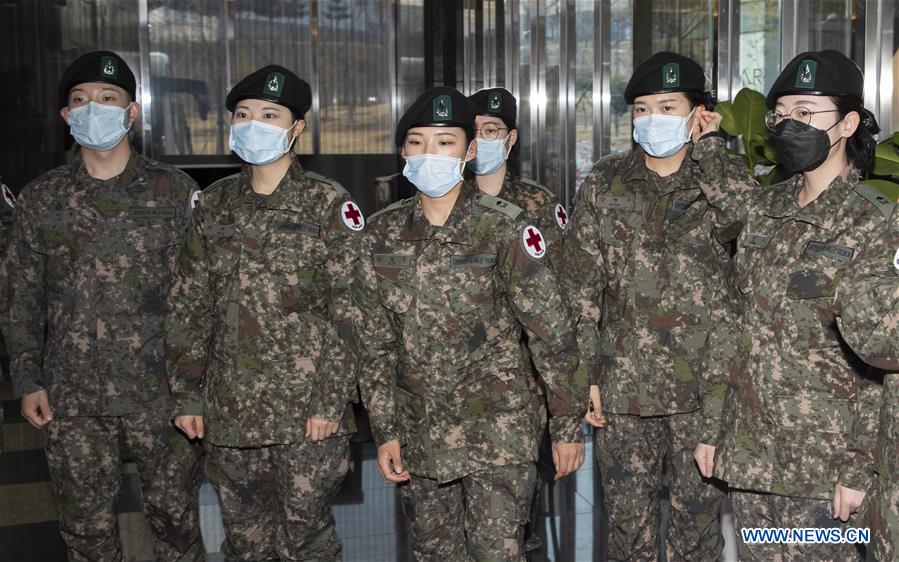 A total of 247 sailors of the 301-strong Cheonghae unit tested positive as of Monday, with 50 having tested negative and the virus tests for the remaining four seen as undecipherable.

It accounted for 82 percent of the unit's entire service members. Sixteen sailors were at hospitals for treatment, and the remainder were in isolation on their 4,400-ton destroyer.

The destroyer departed for Africa in early February on the anti-piracy mission in the Gulf of Aden and around the Strait of Hormuz. The Cheonghae unit has been rotated every six months since 2009.

The first sailor, who developed the symptoms of a cold, was found on July 2, after the destroyer's visit to a nearby port to load supplies.

Two KC-330 aerial tankers were dispatched to Africa on Sunday to airlift all service members of the unit.

The destroyer will be piloted back to South Korea by a group of sailors who left for Africa aboard the aerial tankers.