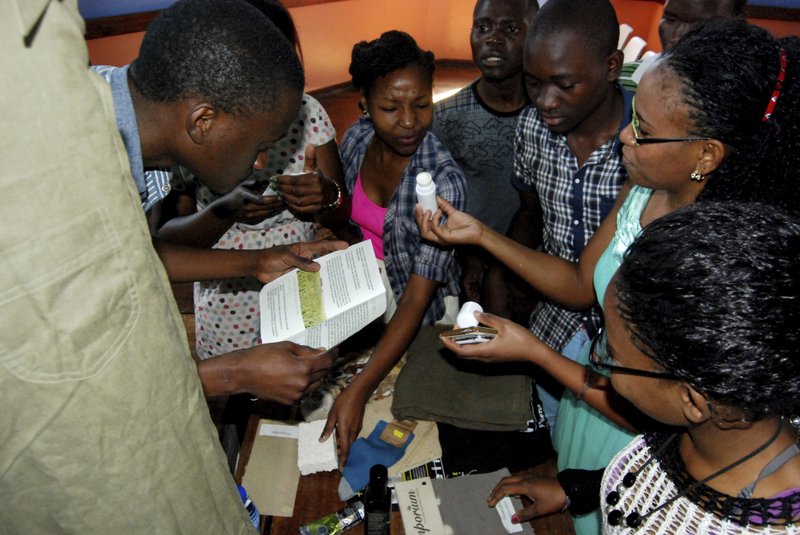 In this July, 2015 file photo, University of Malawi's Chancellor College look on at hemp products after an industrial hemp awareness workshop in Blantyre, Malawi. (Photo: AP)

Malawi has legalized the cultivation of cannabis as the country seeks an alternative to tobacco, its main earner of foreign exchange which is under pressure from anti-smoking campaigns.

Parliament on Thursday passed the bill to allow cultivation for medicinal and industrial uses.

“Legalization of this crop will contribute to economic growth as it will contribute in the diversification of the economy and boost the country’s exports, especially at this time when tobacco exports are dwindling,” agriculture minister Kondwani Nankhumwa said.

Cannabis for recreational use remains illegal.

While lawmakers discussed the bill, police in the town of Nkhotakota were burning three tons of marijuana confiscated from dealers last year.

“The hemp is continuously being illegally grown in remote parts of Malawi and smuggled out of the country, and part of what is confiscated accumulates in the police stores and burning it is necessary to free up space,” Nkhotakota police spokesman Williams Kaponda said.

Malawi is the latest southern African nation to loosen restrictions on the cannabis industry, joining Zambia, Lesotho and Zimbabwe. In South Africa, the finance minister has proposed legalizing the marijuana industry altogether to give the struggling economy a boost.

Malawi’s new law allows for the establishment of the Cannabis Regulatory Authority, which will grant licenses to cultivate, process, store, sell, export and distribute. It also will issue permits to firms and institutions to conduct scientific research.

Those found cultivating, processing or distributing cannabis illegally will face up to 25 years in prison and a fine of nearly $70,000.

Paliani Chinguwo, who for decades has led advocacy campaigns to legalize cannabis in the southern African nation, told The Associated Press the country has come a long way.

“It dates back to as far as 1992-93 during the transition from one-party state when Rastafarians started to emerge in public to articulate the enormous benefits of cannabis and agitate for the legalization,” Chinguwo said.

Seven years ago, Malawi’s government granted authorization to two firms to conduct research trials on hemp for industrial and medicinal uses. And the Malawi Hemp Association formed to work with government departments in creating legislative and policy framework.