LILONGWE, Feb. 15 (Xinhua) -- Malawi President Lazarus Chakwera has fired the commissioner for the Department of Disaster Management Affairs (DoDMA) and a co-chairperson of the Presidential Task Force on COVID-19 for failing to demand accountability on funds spent on fighting the pandemic. 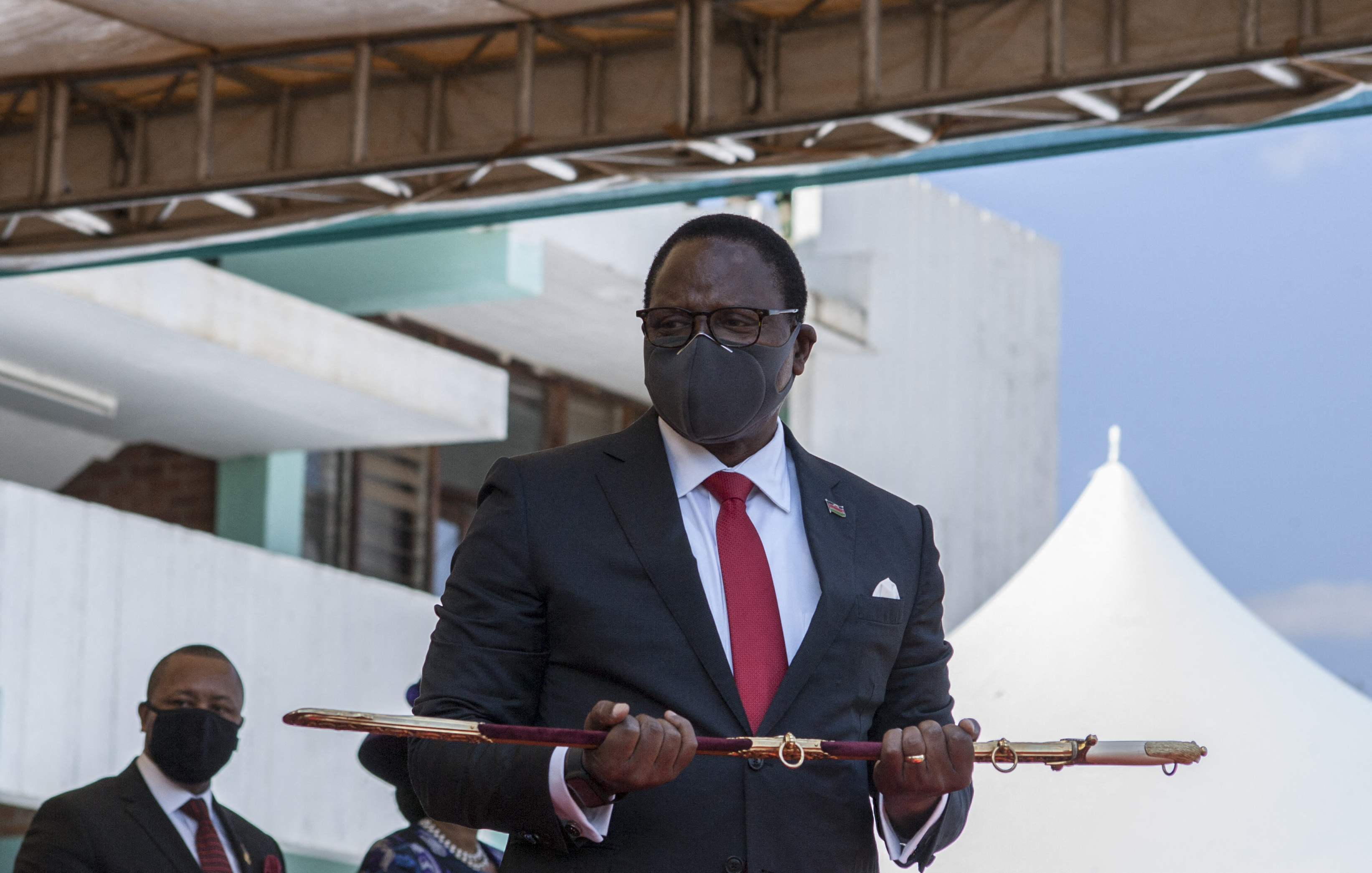 Malawi President elect Lazarus Chakwera shows the sword of office to the people after he received it from the Commander of the Malawi Defence Force, General Peter Namathanga, during his inauguration at the Kamuzu Baracks, the Malawi Defence Fore Headquarters, in Lilongwe on July 6, 2020. (Photo: AFP)

Chakwera has also ordered an immediate overhaul of the country's civil service, saying the "whole system is corrupt and in need of cleanup."

The president's moves follow reported mismanagement of over 6.2 billion Malawi kwacha (about 8 million U.S. dollars) meant for COVID-19 response, as exposed by the country's Office of the Ombudsman.

On Feb. 7, the Malawi leader gave controlling officers and cluster leaders in COVID-19 committees 48 hours to submit comprehensive expenditure reports on the funds, a task most of the leaders failed to fulfill.

"When those cluster heads and controlling officers appeared before my task force on Tuesday as I directed, it was evident that many clusters are poorly led and require corrective measures," Chakwera said during his weekly COVID-19 update Sunday evening.

By appearing before the task force with inadequate backing papers, the cluster heads showed "clear signs of negligence and lack of preparation," Chakwera said.

He criticized the DoDMA and the Presidential Task Force leadership for "lacking toughness in demanding accountability in course of spending."

Chakwera has since replaced the co-chair of the Presidential Task Force on COVID-19, John Phuka, with Chalamira Nkhoma, a senior public health adviser with the World Health Organization.

He has yet to name a replacement for the dismissed DoDMA commissioner, James Chiusiwa.