Malaysia held a grand celebration on Friday to mark the 61st anniversary of the country's independence, following the historic general election which saw the Malaysian opposition taking office for the first time.

More than 12,000 were involved in the 2018 National Day Parade themed "Love My Malaysia," representing all walks of life in the country, including the Police and the three branches of the Malaysian Defence Forces, according to the Prime Minister's Office. 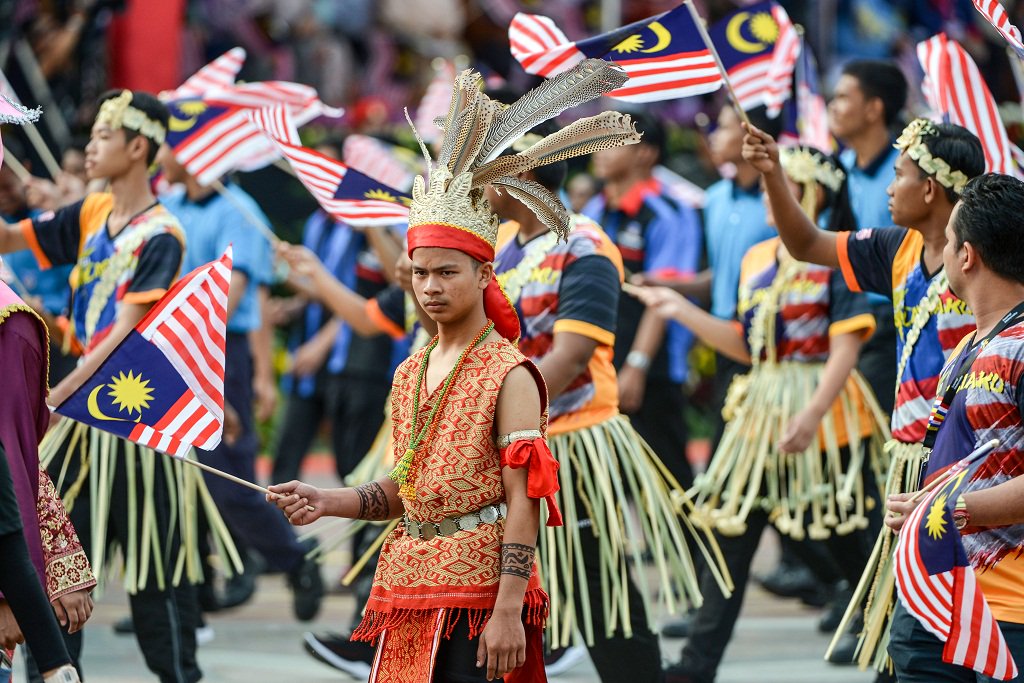 The Malaysian Air Force performed a fly-past and aerobatic show involving its fighter jets. The airspace near Kuala Lumpur International Airport, located near Putrajaya, was temporarily closed to facilitate the performance.

Prime Minister Mahathir Mohamad chose the administration center of Putrajaya over the capital of Kuala Lumpur as the venue for the major celebration event, marking a new beginning of the country after the general election.

In a speech delivered ahead of the national day, Mahathir hailed a "second independence" of his country after the change of government. The 93-year-old prime minister, who led the country from 1981 to 2003, returned to office in May after leading the opposition to win the general election for the first time in six decades. Recalling the challenges that the country faced when first achieved independence, Mahathir urged people and the government to "work together to revive the country." "Ours is a heavy task. But no power can come between a people and government working together," he said. In Aug. 31, 1957, the then Federation of Malaya achieved independence. In 1963, it was reconstituted as Malaysia after joined by Singapore, North Borneo (renamed as Sabah) and Sarawak. Singapore withdrew from Malaysia and declared independence two years later.