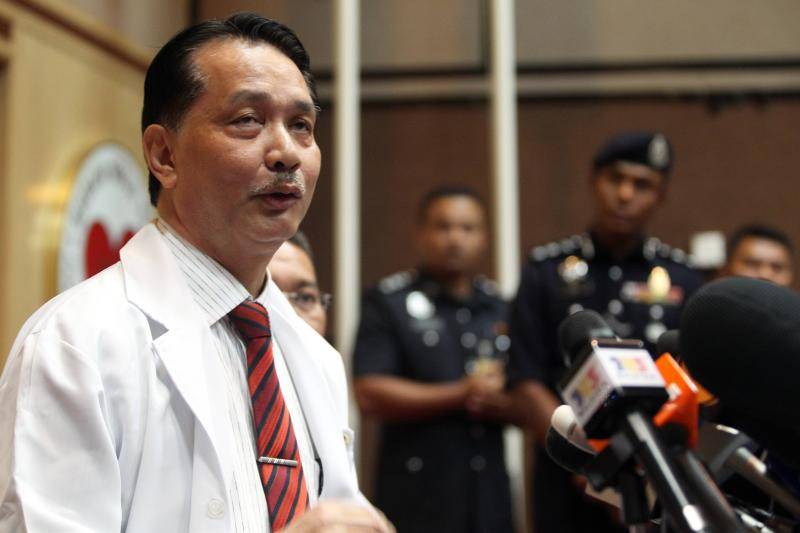 The case involved a three-month-old Malaysian infant boy from Tuaran district in the Northern Borneo state of Sabah, who was admitted to the hospital with a fever followed by a weak limb. The boy was confirmed to have been infected with polio on Dec. 6, Health Ministry director-general Noor Hisham Abdullah said in a statement.

According to a test conducted by the World Health Organization (WHO) Polio Regional Laboratory in Australia, the infected virus has genetic linked to the polio virus detected in the Acute Flaccid case Paralysis (AFP) in the Philippines, which borders Sabah, the statement said.

The Philippine government said in late November that a total of eight polio cases have been confirmed after an "outbreak" of the disease in September.

The boy is being treated in an isolation ward and is in stable condition. But he still needs breathing assistance, the statement added.

Malaysia last had a polio case in 1992, before it was declared polio-free in 2000 together with other Western Pacific region countries. To prevent the polio virus, the coverage of immunization should always be above 95 percent, according to the statement.

The statement said surveillance for acute flaccid paralysis (AFP) -- a clinical syndrome which is characterised by weakness of the muscles of respiration and swallowing -- was conducted in the area where the patient lives. As of Dec. 5, as many as 646 people have been checked and symptoms of AFP have not been detected.

Following the confirmation of the polio case, the Malaysian Health Ministry together with local health offices and health facilities will take a series of measures, including the strengthening of monitoring and detection.

The ministry urged the public, especially the parents to make sure their children were given complete polio immunization. People should also take necessary steps to maintain personal and environmental hygiene.

Polio is an infectious disease which spreads rapidly. It can cause paralysis and, on rare occasions, can be fatal. There is no cure for polio. However, it can only be prevented with multiple doses of polio vaccines that have long been proven safe and effective.

Polio is spread when the stool of an infected person is introduced into the mouth of another person through contaminated water or food.