Malaysia ex-PM to face trial next week on 1MDB charges

Malaysia's ousted prime minister is scheduled to go on trial next week over a massive financial scandal that helped topple his government, a prosecutor said Thursday. 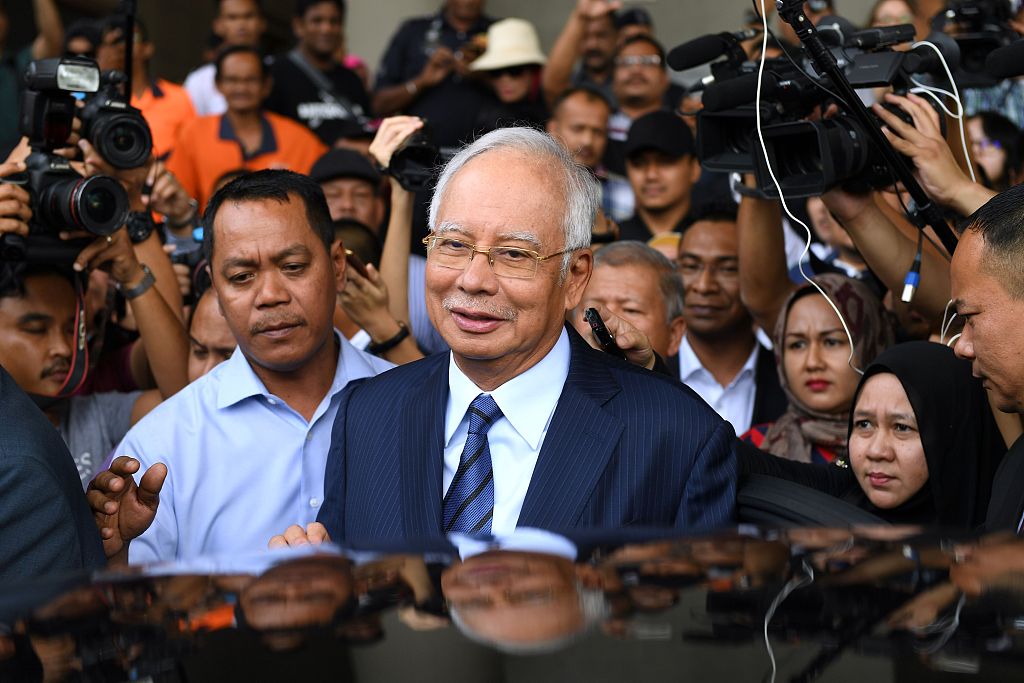 Najib Razak had originally been due to stand trial in February over allegations linked to his involvement in the looting of Malaysian sovereign wealth fund 1MDB.

He and his cronies are accused of plundering billions of dollars from the investment vehicle and spending it on everything from high-end real estate to artworks in a fraud that stretched around the world.

An 11th-hour appeal by his legal team succeeded in getting the case postponed, a hold-up that sparked fresh criticism of the new government's failure to swiftly bring him to justice.

But a judge reportedly ruled that the trial -- related to just a small amount of the total sum allegedly looted -- should now proceed, and a prosecutor confirmed it would start on Wednesday.

"Prosecutors are ready and we will call the witnesses on Wednesday to provide the evidence," V. Sithambaram, a criminal lawyer on the prosecution team, told AFP.

The 1MDB scandal played a major part in persuading voters to oust Najib's coalition after six decades in power at elections in May last year, and he has been hit with dozens of charges over the controversy.

In next week's trial, Najib faces seven charges and is accused of pocketing 42 million ringgit ($10.3 million) from SRC International, a former unit of 1MDB.

It is just one of several trials Najib, who is free on bail, is expected to face over 1MDB.

Cynthia Gabriel, head of the non-profit group The Centre to Combat Corruption and Cronyism, welcomed the news but said that Malaysians had been "kept waiting for too long".

"Malaysia's have not forgotten Najib's crimes of theft amounting to billions," she told AFP.