KUALA LUMPUR, Nov. 7 (Xinhua) -- Malaysian government decided on Saturday to expand its movement control order to a majority part in the country till December in a response to a spike in new COVID-19 cases. 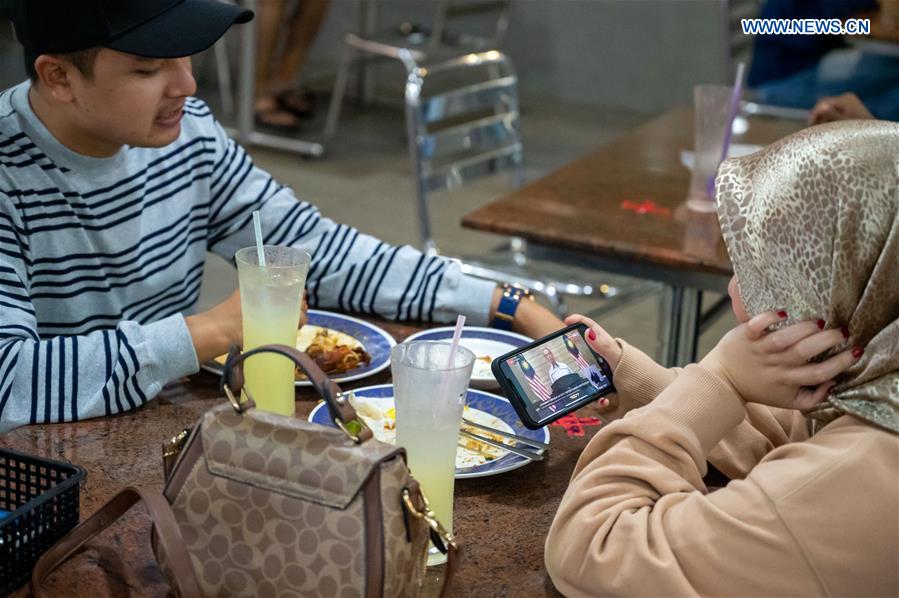 Defense Minister Ismail Sabri Yaakob, who coordinates the implementation restrictions, told a press conference that measures to be enforced in the states of Kedah, Penang, Perak, Negeri Sembilan, Melaka, Johor and Terengganu till Dec. 6 at the recommendations of the health authorities.

The measures will allow the health authorities to conduct targeted screening and reduce movement of people to contain the spread of COVID-19, he said.

Meanwhile, movement restrictions already in force in Kuala Lumpur, the administration center of Putrajaya as well as the adjacent Selangor state and the easter state of Sabah state will be extended till Dec. 6 as well.

The restrictions include a ban on inter-state and inter-district travel except with permission from the police, only two members of households being allowed to leave homes for necessities and the closure of schools and higher educational institutes.

Economic activities will not be affected with the economic, industrial and trade sectors being be allowed to operate as usual, he said.

Meanwhile Health Ministry Director-General Noor Hisham Abdullah said Saturday in a separate press briefing that another 1,168 new cases have been detected during the past 24 hours, bringing the national total to 39,357.

Three new deaths have been reported, pushing the total deaths to 282.

Some 1,029 patients have been released after recovery, bringing the total cured and discharged to 27,409, or 69.6 percent of all cases.

Of the remaining 11,666 active cases, 87 are being held in intensive care and 32 of those are in need of assisted breathing.