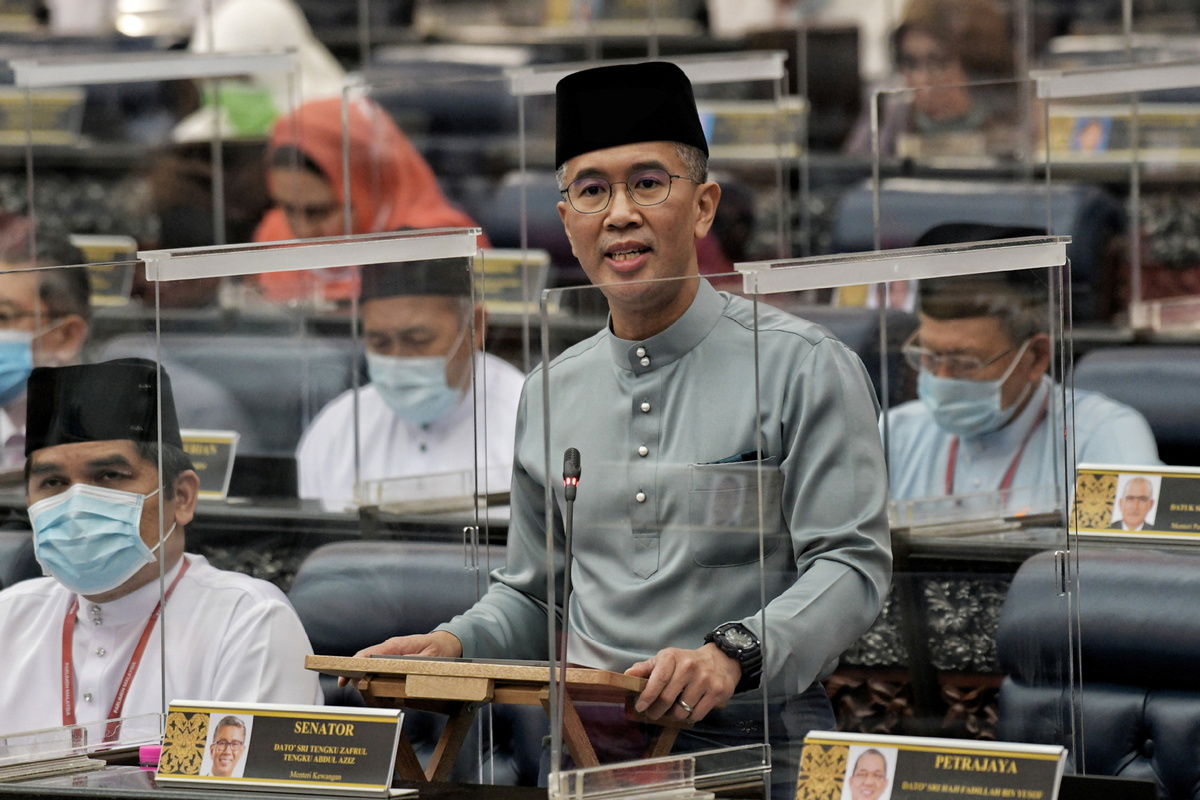 The government of Malaysian Prime Minister Muhyiddin Yassin faces a crucial test as it tries to gain parliamentary approval for a record budget aimed at reviving the economy.

Opposition lawmakers have voiced opposition to parts of the 322.5 billion ringgit ($78 billion) package on concerns over the national deficit. Measures to combat the COVID-19 pandemic and spur an economic recovery dominate the funding proposals for 2021.

The parliament is expected to vote on the budget this month, and its rejection would be tantamount to a vote of no confidence in the government led by the Perikatan Nasional coalition, analysts said.

"The opposition is already saying they will not support the budget until some things are amended. I think it will be a bit of a battle," said Serina Abdul Rahman, visiting fellow at the ISEAS-Yusof Ishak Institute in Singapore.

With COVID-19 cases topping 43,000, the government proposed an additional 1 billion ringgit to stem a third wave of infections. More than half of this allocation would be used to purchase test kits and personal protective equipment for the Ministry of Health. Each of the country's 100,000 front line medical workers will get a one-off payment of 500 ringgit, according to proposals presented by Finance Minister Zafrul Aziz on Nov 6.

After a 17.1 percent contraction in the second quarter, Malaysia's GDP in the July-September period saw a contraction of just 2.7 percent.

"It's going to be a challenge especially when the finance minister is facing a seasoned (opposition) politician and former finance minister Anwar Ibrahim and (his) team," said Wan Suhaimie Wan Mohd Saidie, head of economic research at the Kuala Lumpur-based Kenanga Investment Bank. "It would be a close call but I think it will go through," he said, referring to the budget's prospects in the legislature.

Serina is also hoping that the country's legislators will heed Malaysian King Sultan Abdullah Sultan Ahmad Shah's advice to the members of Parliament to support the 2021 budget for the sake of harmony and economic recovery.

Zafrul said the government aims to strike a balance between achieving financial sustainability and reducing the urban-rural development gap, as well as upholding the "values to shape the economy that we aspire for".

The proposed budget is expansionary, with the fiscal deficit projected at 5.4 percent of the GDP. But analysts believe that country's economic planners can manage the deficit.

"If you look at the (fiscal allocation) around the world, nobody is talking about how big the deficit is. (Every country) just wants to restart the economy," said James Chin, director of the Asia Institute at the University of Tasmania in Australia.

Chin said the first rule in formulating a national budget is to ensure that it will promote economic growth.

Wan Suhaimie said that the Ministry of Finance will be able to manage the deficit because most of the debt is sourced domestically. The economy is expected to rebound next year and the government intends to gradually consolidate its operating expenditure, he said.

The government expects the economy to contract by 4.5 percent this year and to recover in 2021 with growth of 6.5 to 7.5 percent.

Analysts said that another key concern is how the budget will address the concerns of the bottom 40 percent of the population－those with household income of less than 4,360 ringgit per month.