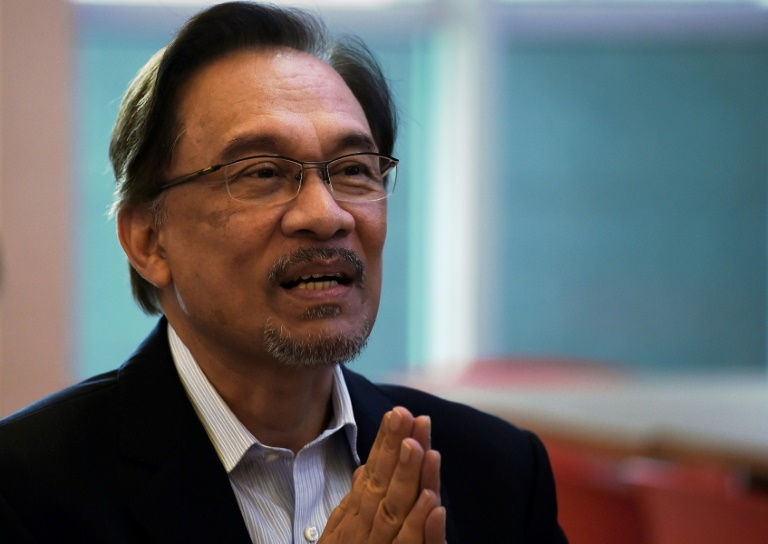 It was the latest dramatic development after Mahathir Mohamad's alliance inflicted a shock defeat on the long-ruling Barisan Nasional (BN) coalition, ending the corruption-riddled regime's six-decade stranglehold on power.

Mahathir -- who had retired in 2003 as premier but made a comeback in a bid to oust the coalition he once headed -- was sworn in Thursday, becoming the world's oldest elected leader at 92.

Mahathir, who had ruled with an iron fist for over two decades, cut ties with BN due to allegations that the coalition's leader and his ex-protege Najib Razak oversaw the pillaging of sovereign wealth fund 1MDB.

The elderly politician joined forces with parties that opposed him while in power and agreed that if elected, he would hand over the premiership to Anwar, his former nemesis and leading member of the People's Justice Party.

The party is in the alliance that won power at the hard-fought poll.

Mahathir previously said he would likely remain prime minister for two to three years, before transferring power to Anwar.

One of Malaysia's most charismatic politicians, Anwar was heir-apparent to the premiership until Mahathir sacked him in 1998 and he was subsequently jailed for sodomy and abuse of power.

But in a remarkable turnaround, the pair reconciled and joined forces as allegations mounted over 1MDB and Najib became increasingly authoritarian, jailing opponents and introducing laws to stifle dissent.

Anwar, now 70, was jailed again in 2015 during Najib's rule -- after making historic gains as the head of the opposition at the 2013 elections -- and had been due to be released next month.

'Victory for the people'

But Mahathir told a press conference that King Sultan Muhammad V, in a meeting with opposition leaders, had agreed to grant Anwar a royal pardon. 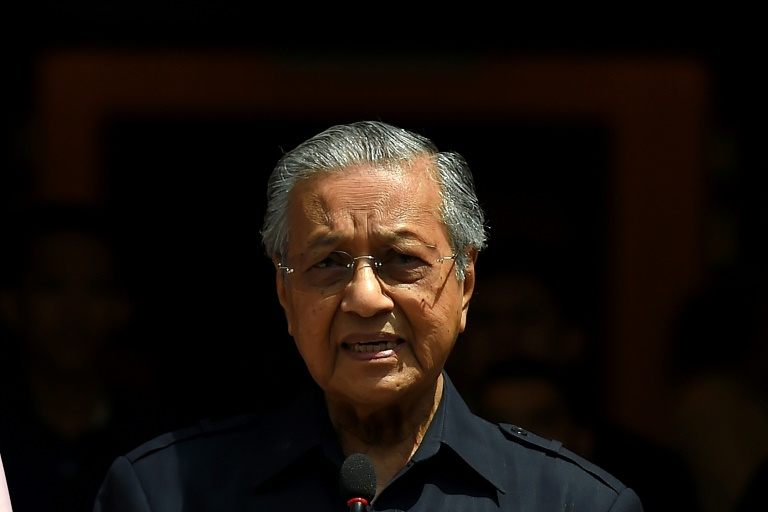 Mahathir Mohamad, 92, who was sworn in as the world's oldest leader Thursday.(Photo: AFP)

"The (king) has indicated he is willing to pardon Datuk Sri Anwar immediately," Mahathir told a press conference, using a Malay honorific to refer to Anwar.

The royal pardon would mean he could return to politics straight away. Without it, he would be banned from political life for five years.

"He should be released immediately when he is pardoned," Mahathir added.

It was not clear when Anwar, who is currently in hospital for treatment to his shoulder, would be freed.

In a statement, Anwar thanked "the people of Malaysia for their courage in making a change which is a victory for the people."

"The new government vows to uphold democracy, justice and human rights for all," said the statement, delivered by vice-president of his party, Tian Chua, who was visiting the leader in hospital.

Wan Azizah Wan Ismail, president of Anwar's party and his wife, told AFP the process to have him freed was already under way.

Meanwhile, speculation was mounting about Najib's future with a senior member of his party, former sports minister Khairy Jamaluddin, calling for "big changes" to be made without delay.

Najib's premiership has been battered by a massive financial scandal, in which he was accused of overseeing the plunder of billions of dollars from sovereign wealth fund 1MDB. He and the fund deny any wrongdoing.

Asked about 1MDB Friday, Mahathir accused Attorney-General Mohamed Ali Apandi -- who cleared Najib over the scandal -- of having "undermined his own credibility".

"He in fact has hidden evidence of wrongdoing and that is wrong in law," he said, adding his new government would target those linked to the old regime suspected of corruption.

In 2016, Apandi said the Saudi royal family was the source of $681 million that mysteriously appeared in Najib's bank accounts, and closed the 1MDB probe.

Apandi came to office after Najib sacked the previous attorney general, who was believed to be aggressively investigating the matter.

Mahathir also said there was widespread fraud during the election campaign and it would be investigated.

Critics say there was much electoral fraud during Mahathir's time in power, while corruption and cronyism flourished, and his government was accused of pushing policies that favoured the Muslim Malay majority and exacerbated racial tensions.

Still, analysts say the attempted cheating at Wednesday's poll was worse than anything seen before.

BN was accused of serious gerrymandering while activists said the coalition hurled cash and gifts at voters and there was a litany of problems with the electoral roll, including dead people appearing on the list.

But voters turned out in droves, determined to push out the government, with the opposition boosted by the presence of standard-bearer Mahathir, who has a huge following among the Malays.