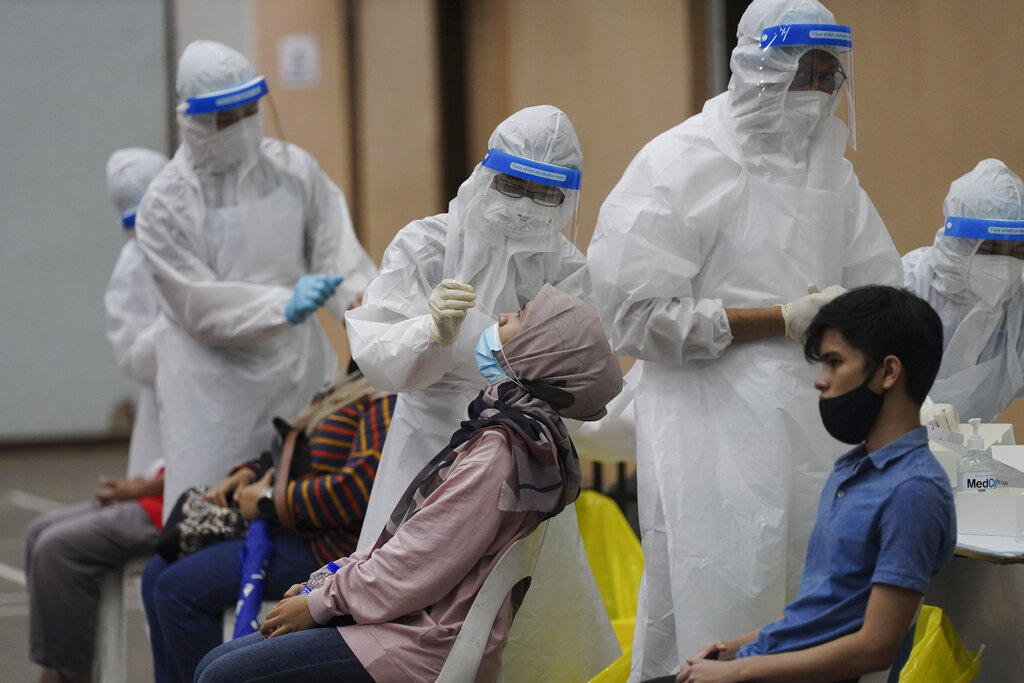 Medical workers collect swab samples from people during coronavirus testing at a COVID-19 testing center in Ulu Klang, on the outskirts of Kuala Lumpur, Malaysia, Tuesday, May 18, 2021. (Photo: AP)

Malaysia on Wednesday reported a record 6,075 coronavirus cases in a single day, with authorities warning of a "dire" situation as hospitals rapidly fill up in the worst-hit areas.

The Southeast Asian nation has been battling a growing outbreak for months and had already tightened curbs nationwide ahead of the Muslim holiday of Eid al-Fitr last week.

But infections have continued to rise and authorities are now considering tougher lockdowns in some areas.

Wednesday's number of cases beat the previous record of 5,728 set on January 30.

A further 46 deaths were recorded, the health ministry said, the second highest on record after 47 on Tuesday.

Kuala Lumpur and the neighbouring state of Selangor, the wealthiest and most populous parts of Malaysia, have been worst hit.

The country's top health official, Noor Hisham Abdullah, described the situation there as "dire" and warned beds in intensive care units were filling up.

"The health care system... is under tremendous pressure," he wrote on Facebook. "Frontliners are drained and fatigued."

Under Malaysia's current restrictions, which are in force until June 7, most businesses can still operate but social events such as meals in groups and wedding receptions are banned.

People are prohibited from traveling to different parts of the country and schools and universities are closed.