Malaysian authorities on Tuesday were investigating a collision between metro trains in Kuala Lumpur that injured more than 200 people, as dramatic accounts emerged of the crash. 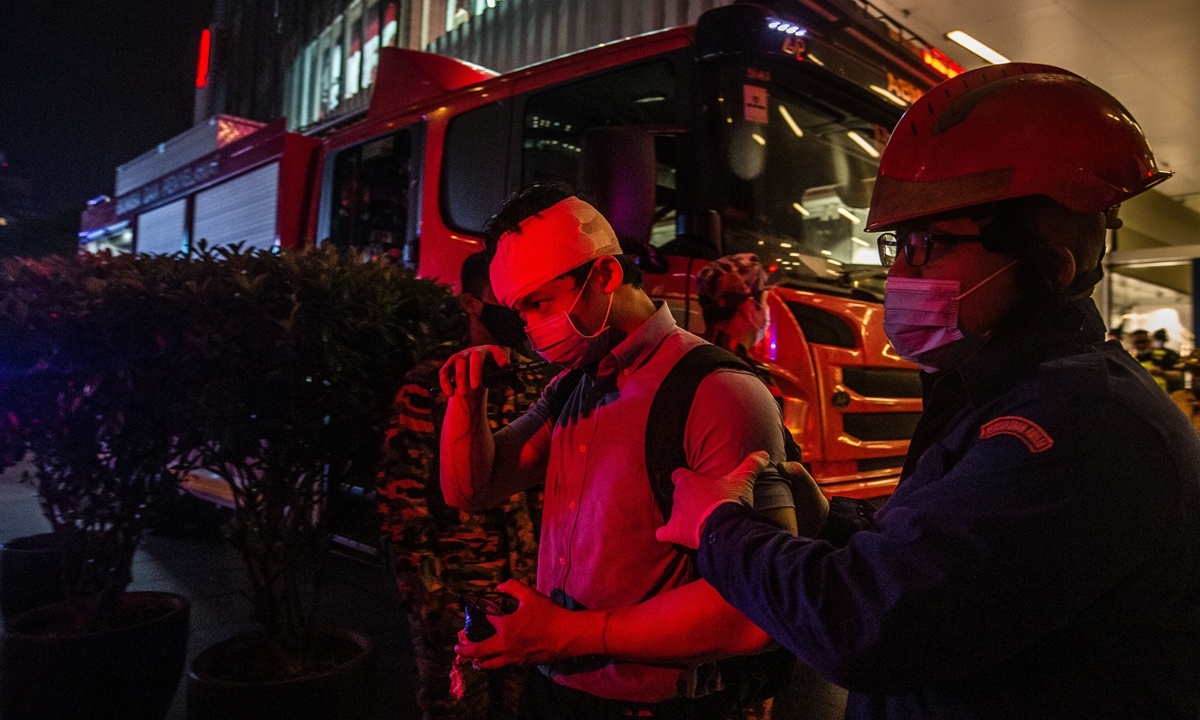 The accident happened in an underground tunnel close to the landmark Petronas Twin Towers at around 8:45 pm (1245 GMT) Monday, when a packed train collided with another that was empty and heading in the opposite direction on the same track. Passengers were left battered and bruised after being thrown across carriages during the crash, with many evacuated on stretchers.

Most suffered minor injuries but 64 were taken to hospital, and six were in critical condition Tuesday, authorities said.

One passenger, Lim Mahfudz, described the moment the trains collided.

It was a "real nightmare," he said. "The impact was so strong that I suffered injuries to my head, left leg and chest," another passenger, Afiq Luqman Mohd Baharudin, told official news agency Bernama.

Shaken passengers had to be evacuated by emergency workers from the tunnel, and brought up to the surface.

The empty train had a driver at the controls and was being tested after repairs, while the full train was driverless.

Authorities say there was no sign of foul play and suspect the accident was caused by a miscommunication between the driver and the network's command center.