KUALA LUMPUR, May 12 (Xinhua) -- Malaysia recorded its highest single-day death toll from COVID-19 on Wednesday after the virus claimed 39 more lives, bringing the total deaths to 1,761, according to the Health Ministry. 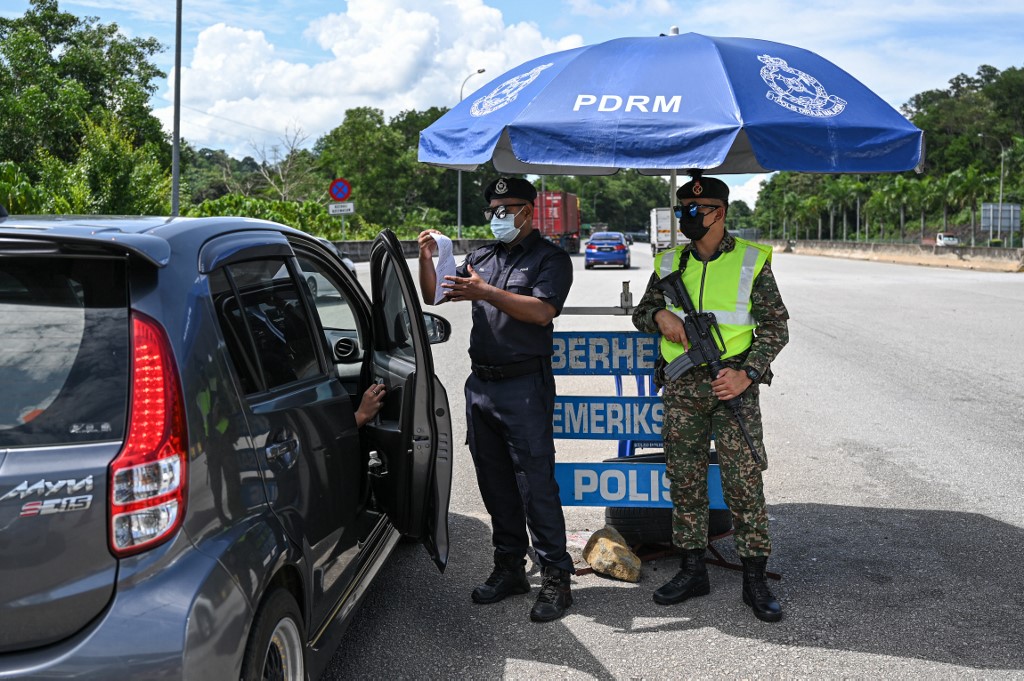 A policeman checks documents at a roadblock on the East Coast Expressway (Kuala Lumpur–Karak) during a partial lockdown set by authorities restricting travel within each state and district to curb the spread of the coronavirus. (File photo: AFP)

Malaysia has suffered a resurgence of COVID-19 cases which has forced the government to impose a nationwide movement control order till June to curb the spread. The previous record for single day fatalities was reported on Sunday with 26 deaths.

Health Ministry Director-General Noor Hisham Abdullah said in a press statement that the victims ranged from 43 to 88-years-old, with the majority of them suffering from existing health complications.

Another 4,765 new COVID-19 infections were reported, of which seven are imported and 4,758 are local transmissions, bringing the national total to 453,222.

Some 3,124 patients have been released after recovery, bringing the total number of cured and discharged to 411,360 or 90.8 percent of all cases.

Meanwhile, the Malaysian Foreign Ministry said in a statement on Wednesday that 132 individuals had been repatriated from India, where the pandemic has been spreading.

Malaysia has implemented a travel ban on India from April 28 and later expanded it to other South Asian countries including Pakistan, Nepal, Sri Lanka and Bangladesh over concerns of more infectious variants of COVID-19.