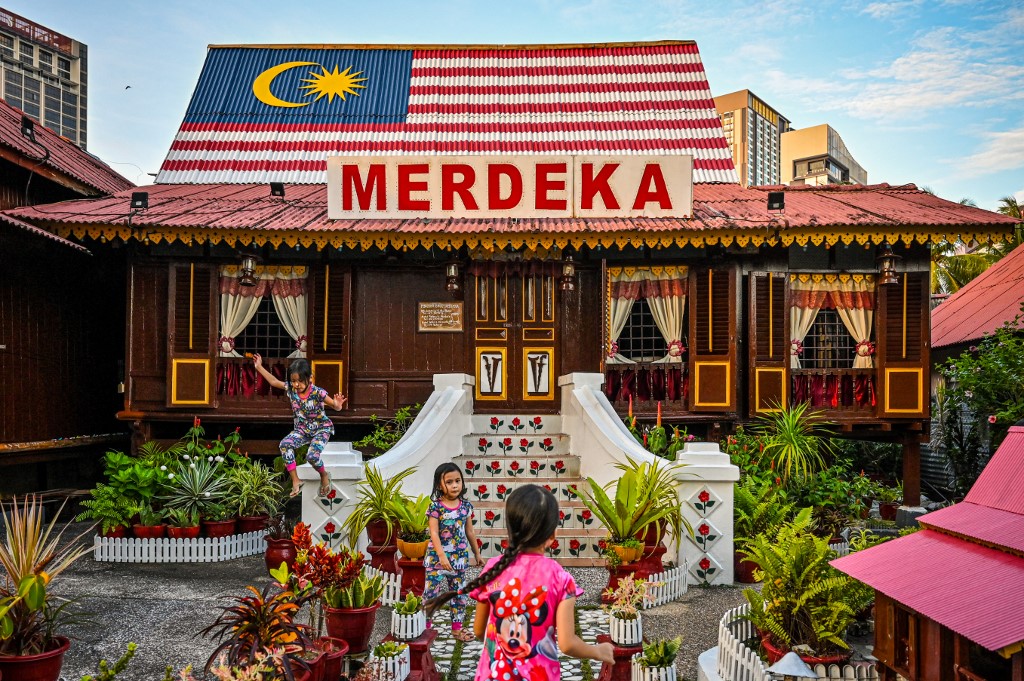 Children play outside a traditional Malay wooden house in Malacca on May 20, 2021. (Photo: AFP)

KUALA LUMPUR, May 20 (Xinhua) -- Malaysia reported 6,806 new COVID-19 infections in the highest daily spike since the outbreak of the pandemic, bringing the national total to 492,302, the Health Ministry said Thursday.

Health Ministry Director-General Noor Hisham Abdullah said in a press statement that two of the new cases are imported and 6,804 are local transmissions.

Another 59 deaths have been reported, the highest in a single day, pushing the total deaths to 2,099.

Some 3,916 more patients have been released after recovery, bringing the total cured and discharged to 440,032, or 89.4 percent of all cases.

Of the remaining 50,171 active cases, 587 are being held in intensive care and 330 of those are in need of assisted breathing.

Malaysia has suffered a resurgence of COVID-19 outbreak which has forced the government to impose a nationwide movement control order till June to curb the spread. However, most economic activities have been allowed to continue operations.

State news agency Bernama reported that Prime Minister Muhyiddin Yassin will chair a meeting on Friday to discuss stricter measures to curb the spread of the virus.