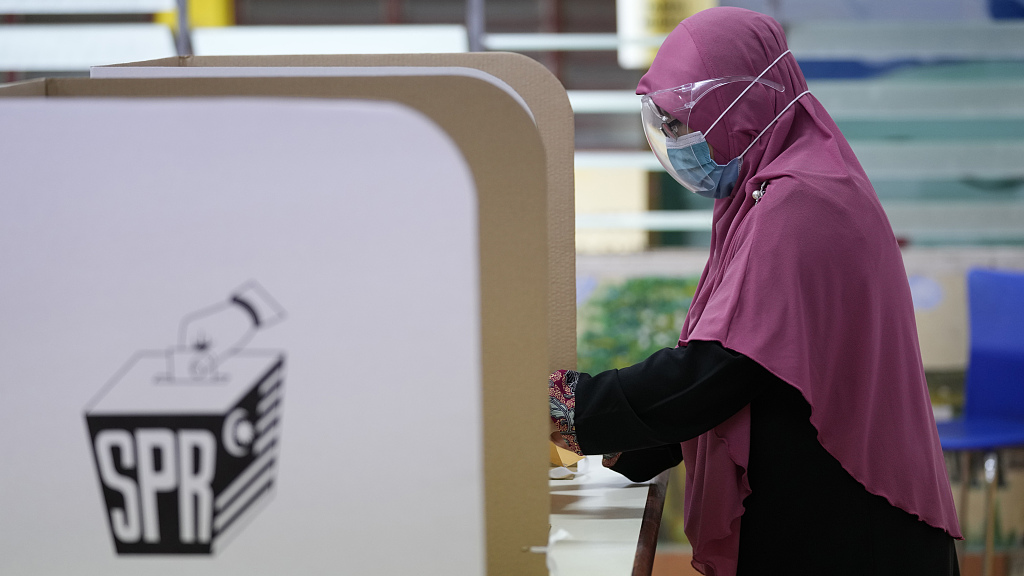 A woman casts her vote during a state election at a voting center in Malacca, Malaysia, November 20, 2021. (Photo: CFP)

Malaysia's Gabungan Parti Sarawak (GPS), a coalition of parties based in the northern Borneo state of Sarawak allied to the federal government retained its hold on the state government by a landslide victory on Saturday.

The results for one remaining seat have been delayed due to continuing bad weather hitting the country.

The elections were triggered following the expiry of the state government's 2016 mandate, but had been delayed by COVID-19 pandemic, with a state of emergency imposed in the state from July to November this year to slow the spread of the outbreak.