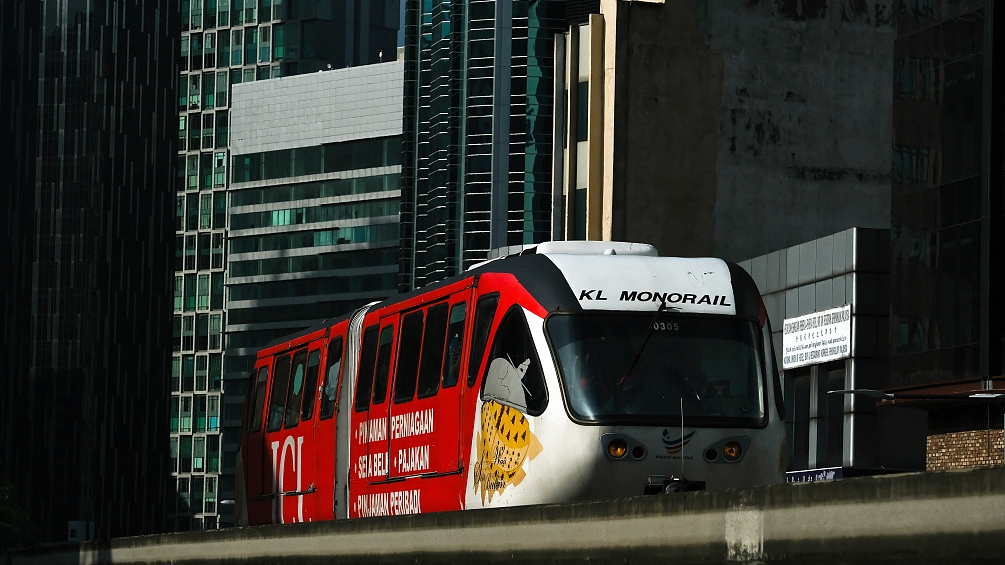 KUALA LUMPUR - The East Coast Rail Link (ECRL), Malaysia's mega rail project being built by China Communications Construction Company (CCCC), is taking additional steps to ensure the protection of wildlife in areas affected by its construction with the inking of a supplementary agreement on Friday.

The agreement to further enhance the implementation of the Wildlife Management Plan, an initiative for wildlife conservation and mitigation work along the 665-kilometer ECRL alignment, was signed between China Communications Construction ECRL (CCCECRL), the engineering, procurement, construction, and commissioning contractor for the ECRL project, and the Department of Wildlife and National Parks Peninsular Malaysia (PERHILITAN), the company said in a statement.

Darwis Abdul Razak, chief executive officer of Malaysia Rail Link (MRL), a wholly-owned subsidiary of Malaysia's Ministry of Finance and the ECRL project owner, said the plan plays a vital role in minimizing the impact on wildlife habitats and populations during the construction.

"The ECRL project firmly believes that development and wildlife conservation must go hand-in-hand. On that note, the formulation of ECRL's Wildlife Management Plan through collaboration with PERHILITAN covers a wide range of activities including wildlife mitigation and conflict control, wildlife rescue operation, wildlife survey, habitat enrichment, enforcement and public awareness," he said.

Kong Qi, managing director of CCCECRL, said: "We are dedicated to developing the project without endangering the natural habitats of wildlife along the alignment. By tunneling through forest areas, we avoid open cutting across forests full of wildlife and damaging the natural habitats of flora and fauna. Tunnels with a total length of 15.22 km will also be constructed to reduce deforestation of seven forest reserve areas that the ECRL shall traverse under the Northern Alignment."

In a memorandum of agreement signed between CCCECRL and PERHILITAN in 2018, a fund of more than 9 million ringgit ($1.9 million) was allocated for the department's plan targeted to monitor the impact on wildlife and their habitats among other things, along key stretches of the ECRL alignment.

The supplementary agreement encompasses the extension of the collaboration period to cover the construction phase of the ECRL project and the alignment from Kota Bharu, Kelantan to Jalan Kastam (Port Klang), Selangor, amongst other environmental protection programs.

The ECRL runs from Malaysia's largest transport hub Port Klang and travels across the peninsula to Kelantan state in northeastern Malaysia. The rail link is expected to greatly enhance connectivity and bring more balanced growth to the country by linking its less-developed region on the east coast to the economic heartland on the west coast upon its completion in 2026.