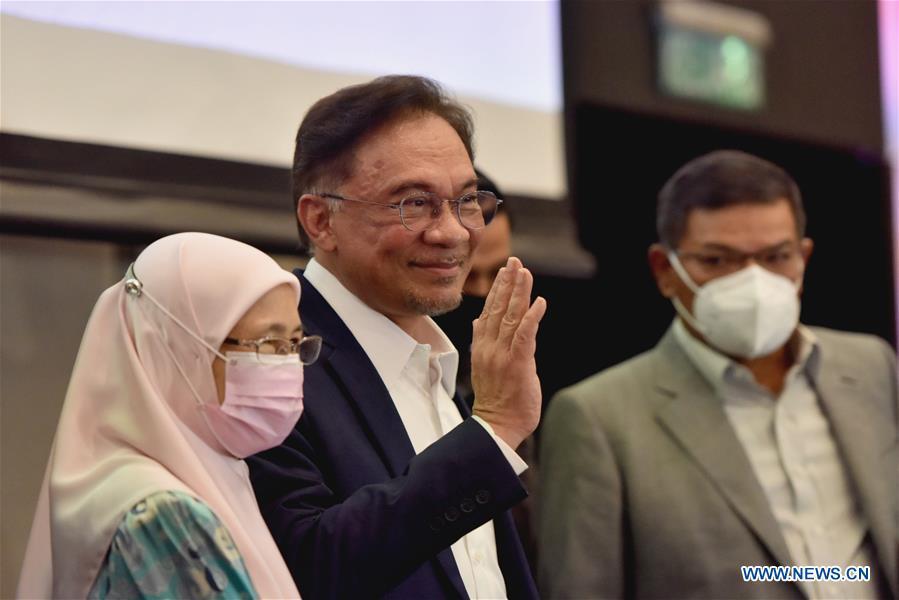 KUALA LUMPUR, Sept. 23 (Xinhua) -- Malaysia's opposition leader and former Deputy Prime Minister Anwar Ibrahim said Wednesday that he has a "strong" majority in the parliament to form a new government.

Anwar told a press conference that he has a "strong, formidable and convincing majority" in the lower house of the parliament to establish a "stable" government.

But he declined to reveal how many Members of Parliament supported him, saying he is seeking an audience with Malaysia's king Sultan Abdullah Sultan Ahmad Shah, who has the right to appoint a new prime minister.

Anwar is the head of Malaysia's Pakatan Harapan (PH) coalition, which came to power in the 2018 general election. But the PH government collapsed after the resignation of then Prime Minister Mahathir Mohamad in February

Muhyiddin Yassin was sworn in as Malaysia's prime minister in March, but only commands a small majority in the lower house of parliament with his coalition.