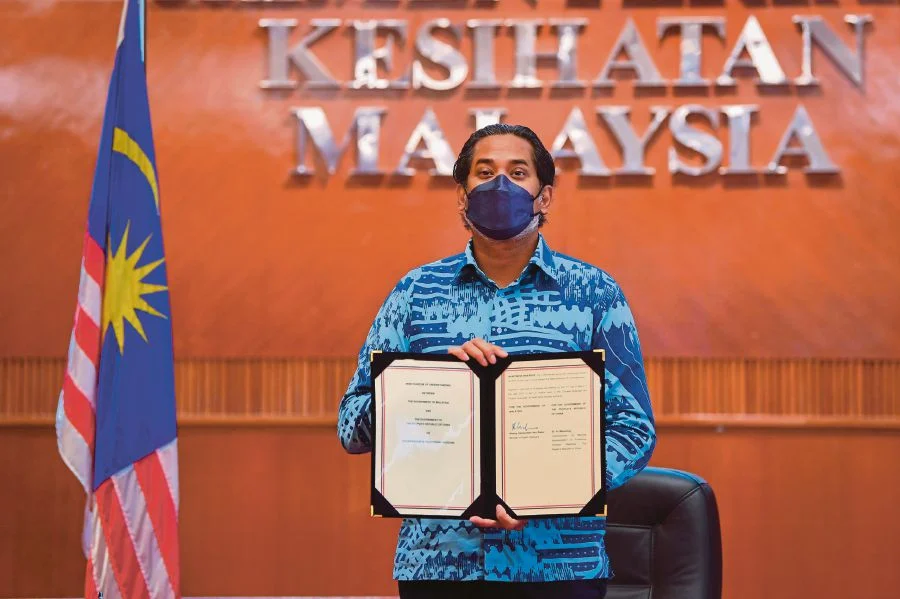 KUALA LUMPUR, March 31 (Xinhua) -- The governments of Malaysia and China signed a memorandum of understanding (MOU) on Thursday for cooperation in the field of traditional Chinese medicine.

The agreement, signed by Malaysian Health Minister Khairy Jamaluddin and Yu Wenming, commissioner of China's National Administration of Traditional Chinese Medicine (NATCM), is an extension of a similar agreement signed in 2011, the minister said in a statement following the signing ceremony held virtually.

The agreement marks a milestone in the development and propagation of traditional Chinese medicine in Malaysia and focuses on the four key areas of practice, medicinal materials and products, education and training, and research and development, Khairy said.

"These four areas of cooperation are vital to strengthening the position of traditional and complementary medicine (T&CM) in the national health care systems of both countries based on strong scientific evidence," he said.

"These collaborations are made in recognition of the contribution of T&CM towards sustainable well-being and universal health coverage (UHC). They are also motivated by the aspirations of the World Health Organization and the United Nations Sustainable Development Goals (SDG)," the minister added.