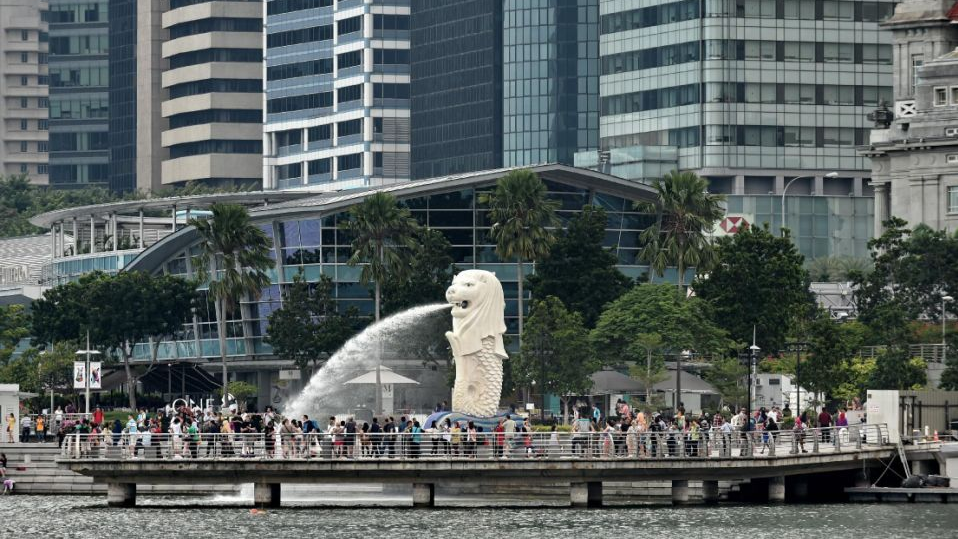 Tourists gather on a jetty around the Merlion next to the financial business district in Singapore. (Photo: AFP)

The 350-kilometer (217-mile) rail network, 335 kilometers within Malaysia and 15 kilometers in Singapore, was expected to be completed by 2026 and to cut travel time between Singapore and the Malaysian capital Kuala Lumpur from more than four hours by car to 90 minutes.

According to the statement, the Malaysian government had proposed several changes to the HSR project considering the impact of COVID-19 on its economy. The governments of both sides had conducted several discussions with regard to these changes and had not been able to reach an agreement, it said.

The bilateral agreement on the project, signed in 2016, had been suspended at Malaysia's request in September 2018, with the deadline for the extension of the suspension expiring on December 31, 2020.

"Both countries will abide by their respective obligations, and will now proceed with the necessary actions, resulting from this termination of the HSR agreement," the statement said.

Singapore and Malaysia "remain committed to maintain good bilateral relations, and cooperate closely in various fields, including strengthening the connectivity between the two countries," the statement added.

Malaysia's economy minister Mustapa Mohamed said the Malaysian government had proposed changes to the project structure and station design, which would have provided Malaysia with more flexible financing options and brought forward the construction phase by two years to help boost the country's post-pandemic recovery. But no agreement was reached.

Malaysia and Singapore will work together to determine the amount of compensation owed, he added.

In 2018, Singapore said it would seek to recover over 250 million Singapore dollars ($189.14 million) should Malaysia cancel the project.

(With input from Xinhua and Reuters.)