WORLD Malaysia will not follow US sanctions against 24 Chinese companies: ambassador

Malaysia will not follow US sanctions against 24 Chinese companies: ambassador 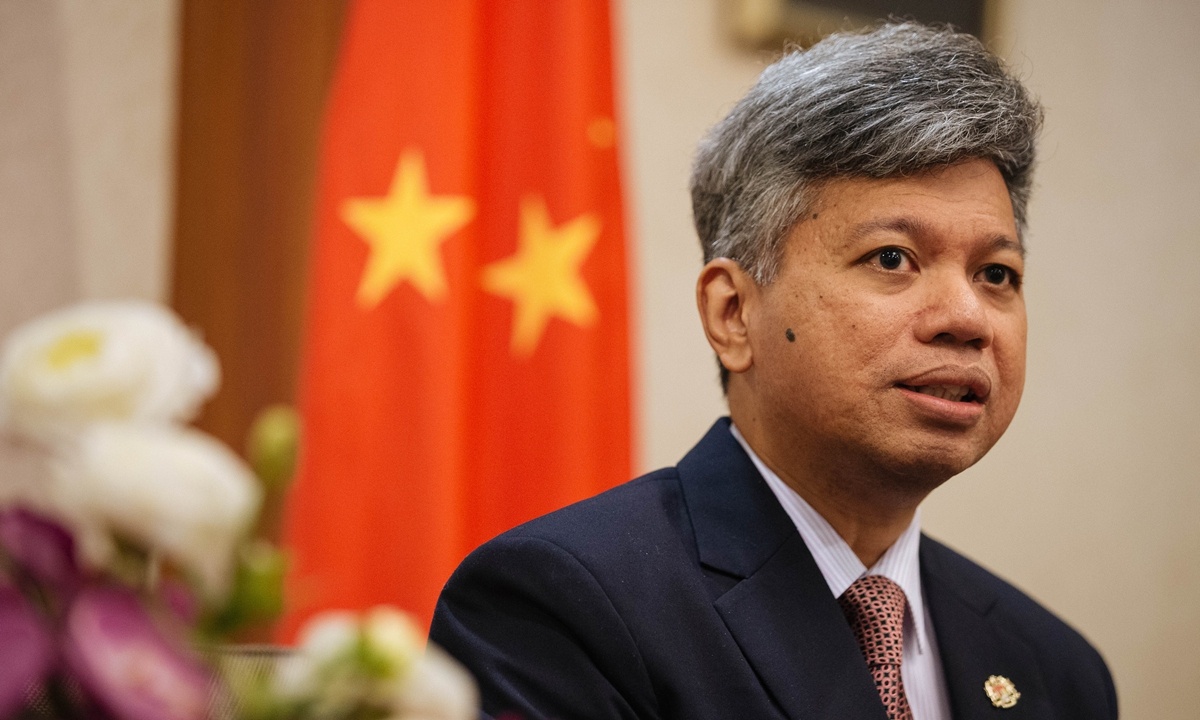 Malaysia will not take sides and follow the US and impose sanctions on 24 Chinese companies the US accuses of advancing China's militarization of the South China, Malaysian Ambassador to China Raja Nushirwan Zainal Abidin told the Global Times in a recent exclusive interview.

While tensions are escalating between China and the US over South China Sea issues, and countries in the region are being pressured by the US to pick sides, the diplomat stressed that since the country's independence in 1963, its foreign policy stressed having good relations with all countries, and this continues today.

He said Malaysia is not a "pawn" in the bigger-power rivalry between China and the US.

"We certainly have the power to decide on our own. And this is what we have done," Abidin said.

In August, the US accused 24 companies including subsidies of the China Communications Construction Company of participating in the South China Sea militarization and ordered fresh sanctions on these companies. While the faraway US imposed punitive measures against Chinese companies, Malaysia did not shut its door to these companies.

"I want to emphasize that a principle for Malaysia is that we do not recognize the unilateral sanctions. We only recognize sanctions which have been endorsed by the United Nations Security Council - the only body that has the legitimate power to impose sanctions on other countries. So this is a matter of principle. And we expect to apply them in all situations," he said.

He said that Malaysia is handling the South China Sea issue with China on the basis of mutual respect and mutual awareness and the interests of both countries are fundamentally the same.

"These issues should be resolved through diplomatic channels," he told the Global Times. "For countries like Malaysia, it's commonly said that to choose is to lose."

According to the diplomat, the South China Sea is a common challenge that Malaysia and China need to address.

"Our relationship [with China] is so deep and so wide that the South China Sea is only a very small component in this broader relationship. So we have always taken a broader view in a wider perspective on this issue, including the broader historical perspective of our relations, which go back thousands of years," said the diplomat.

Addressing the growing concern that an armed conflict may occur in the region, the ambassador said, "I think all countries which have an interest in the South China Sea must recognize that they have a responsibility to the entire world to behave in a manner which will promote peace and not war."

"These waterways - not only the South China sea, but also the Strait of Malacca - are among the most important waterways in the world. Maybe even 40 percent of global trade passes through these waters. So it is in nobody's interest for a war or a conflict to break out in these waters. We hope that people will continue to be rational," he added.

"I'm very appreciative of the announcement made by the top leadership of the Chinese government that they are working for peace and they do not want to see military conflict, which is exactly the position of the Malaysia government," he said.