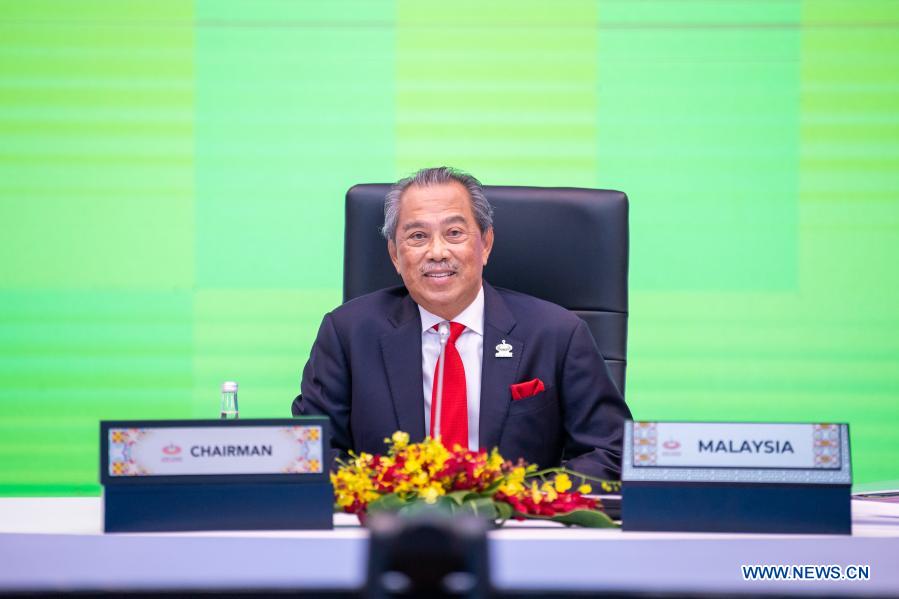 "The Cabinet has tendered our resignation to the Agong," Science, Technology and Innovation Minister Khairy Jamaluddin said in a message on social media, referring to the country's King.

The message was posted as Muhyiddin had an audience with King Abdullah on Monday noon where he was widely believed to tender resignation after losing the majority in the lower house of parliament.

"It has been an honor and a privilege to serve our beloved country and her people," Foreign Minister Hishammuddin Hussein also said on social media.

Muhyiddin has been holding on to power with a slim majority since becoming prime minister in March last year. He was facing a defeat in a potential vote of confidence after Ahmad Zahid Hamidi, president of the United Malays National Organization (UMNO), a component of the ruling Muhyiddin coalition, announced withdrawing UMNO's support for the prime minister together with a number of UMNO parliamentarians.

Muhyiddin appealed to members of parliament (MPs) across party lines to support his government on Friday with a number of reform promises and initiatives, but his proposal was rejected by the UMNO and opposition parties.