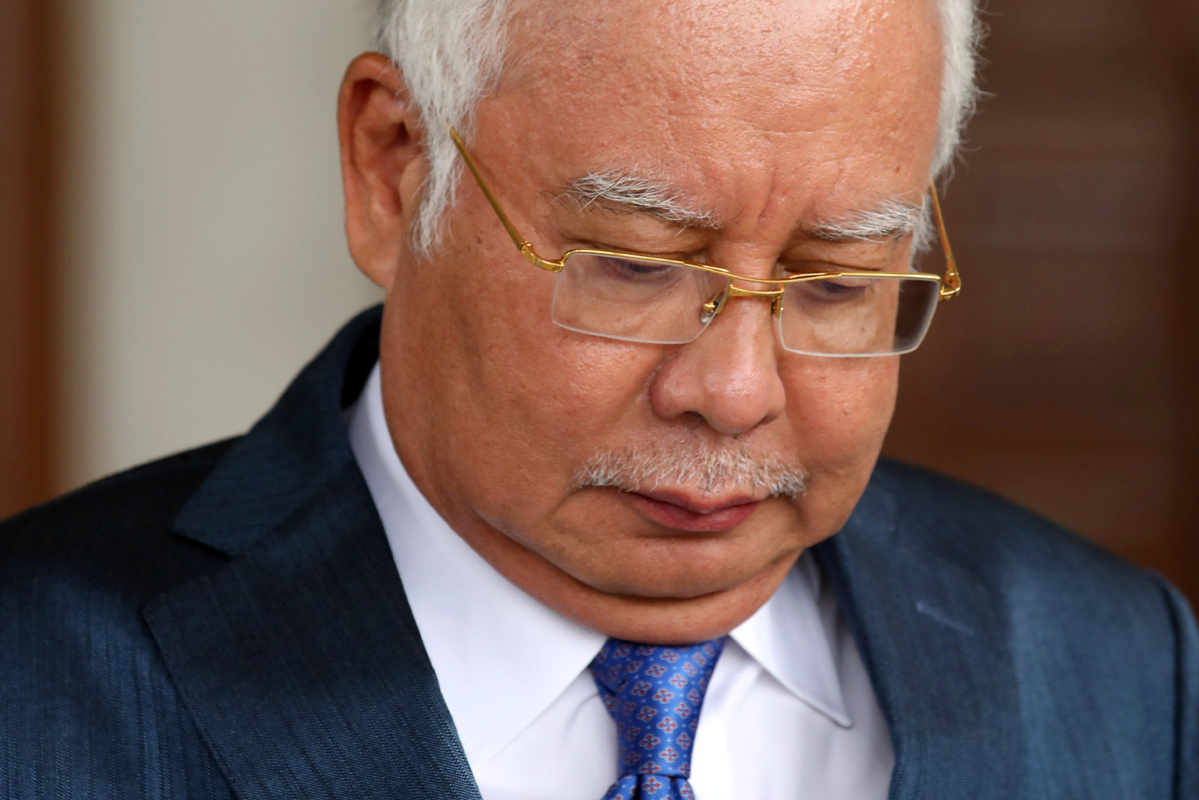 The presiding judge made the decision after hearing from both prosecutors and defense teams that the trial cannot commence due to several reasons, including another ongoing trial involving Najib related to SRC International, a former unit of state investment fund 1MDB.

The lead prosecutor told the court that a large number of documents needed to be served to the defense in relation to the SRC case while the defense cited an insufficient amount of time after being served witness statements last week.

Najib's 1MDB trial was initially slated to be held between Aug 19 and Nov 14. And the judge then fixed the trial tentatively for Aug 26.

The 1MDB matter involves the largest set of charges against Najib, with the 25 counts including the 2.6 billion ringgit ($620 million) donation he claimed to have received.

Four charges are for abusing his position to obtain money from 1MDB while the remaining 21 charges are for money laundering via receiving, spending and returning the donation Najib claimed he had received from a Middle Eastern donor.

Najib has been slapped with dozens of charges for corruption, money laundering, power abuse and criminal breach of trust involving billions of ringgit since his ruling coalition lost power during the national elections last year in May.

His wife Rosmah Mansor and stepson Riza Shahriz Abdul Aziz are also facing corruption and money laundering charges, with all of them pledging not guilty.