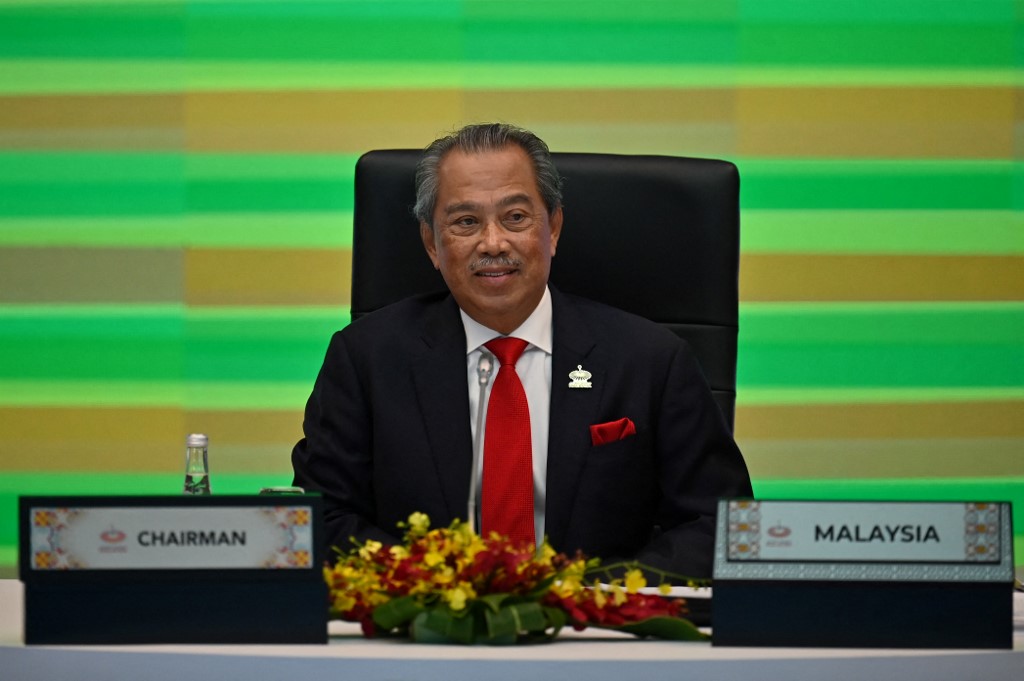 KUALA LUMPUR, Aug. 13 (Xinhua) -- Malaysian Prime Minister Muhyiddin Yassin on Friday appealed to members of parliament (MPs) across party lines to support his government in an upcoming confidence vote on his premiership in the parliament.

In a televised speech, Muhyiddin admitted that several MPs had withdrawn support for his government, triggering doubts on the legitimacy of his premiership and his government.

The prime minister said he had two options under the constitution, either to advise the King to dissolve the parliament or to resign to make way for a new prime minister. But Muhyiddin insisted that currently no MP commands the majority support in the lower house of parliament, hence no new prime minister could be appointed, which means the country would be without a government in the middle of the COVID-19 pandemic.

Muhyiddin said he would propose a framework for bipartisan political cooperation, financial allocation for all MPs and senators regardless of political parties, among other measures.

He also proposed that the opposition leader be given the status of a senior minister in recognition of the role played by the opposition.

However, these would only be implemented if the vote of confidence for him was approved in parliament.

"If the proposal for bi-partisan cooperation is agreed to, I will call for a special session to table a motion of confidence for the prime minister soon," he said.

Muhyiddin had said earlier that he will seek a confidence vote in September to decide if he commands majority support among the members of the country's lower house of parliament.

Muhyiddin's announcement comes after Ahmad Zahid Hamidi, president of the United Malays National Organization (UMNO), a component of the ruling Muhyiddin coalition, announced withdrawing of UMNO's support for the prime minister together with a number of UMNO MPs.

Muhyiddin has been holding on to power with a slim majority since becoming prime minister last year and the withdrawal of UMNO could see him having an insufficient number of MPs to continue governing.