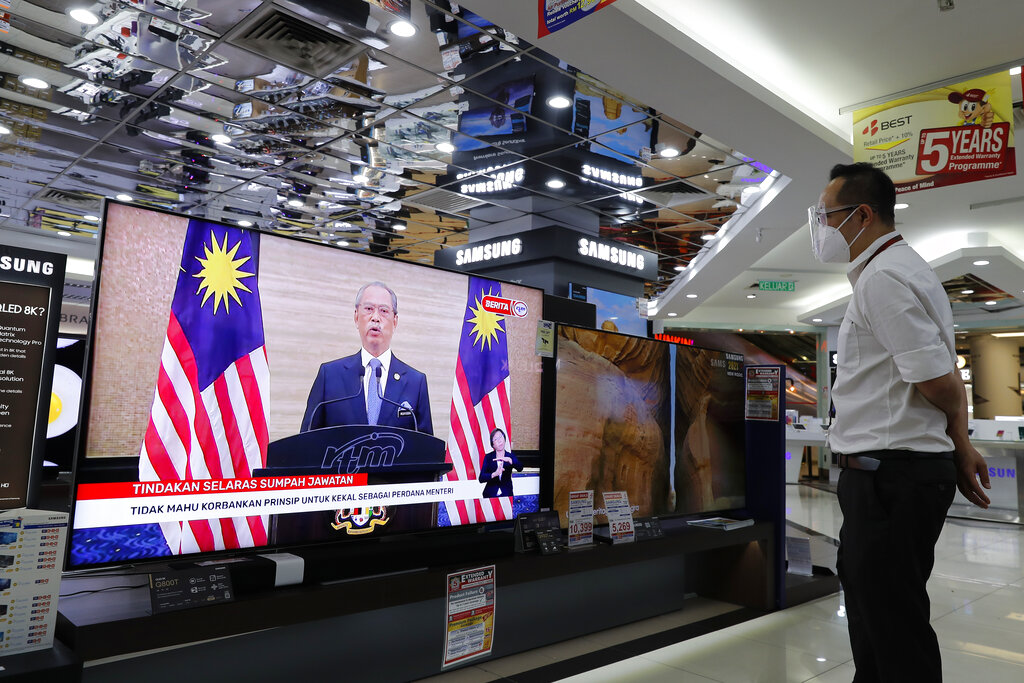 Year to date, the ringgit has depreciated 5.37 percent against the USD.

Additionally, he said, Malaysia's ongoing COVID-19 woes have been dampening sentiment for some time.

Muhyiddin on Monday stepped down as Malaysia's prime minister as he has lost the majority support in the parliament. Malaysia's King Sultan Abdullah Sultan Ahmad Shah appointed him as the caretaker prime minister until a suitable replacement is determined.

Kenanga Research said in a note Monday, the ringgit struggled to retain its strength as domestic COVID-19 cases continued to climb and Brent crude oil price continued to test the 70 USD per barrel level.

"Ringgit is seen to trade between 4.23 to 4.25 this week, as the rapid spread of the Delta variant cases across the globe may continue to unnerve the oil markets, dragging the Brent crude oil price lower," it said.

According to the research house, the ringgit has the potential to test the 4.30 threshold as the prime minister announced his resignation on Monday.

Meanwhile, MIDF Research said that due to the increased expectation for unwinding of the easy monetary policy by the U.S. Federal Reserve in the later part of the year, it expects the ringgit to end the year weaker than its previous forecast.

"For 2021, we believe the ringgit will remain on an appreciating trend towards the end of the year, supported by sustained current account surplus, high commodity prices and improved confidence when the economy reopens later this year," it said.

However, taking into account the ringgit's recent weakness, the research house adjusted its projection for the USD versus ringgit rate to average 4.13 in 2021, from previous forecast of 4.07.

It also anticipated the ringgit to move towards 4.10 from its previous forecast of 4.05 by the end of the year.