Maldives crackdown an 'assault on democracy' 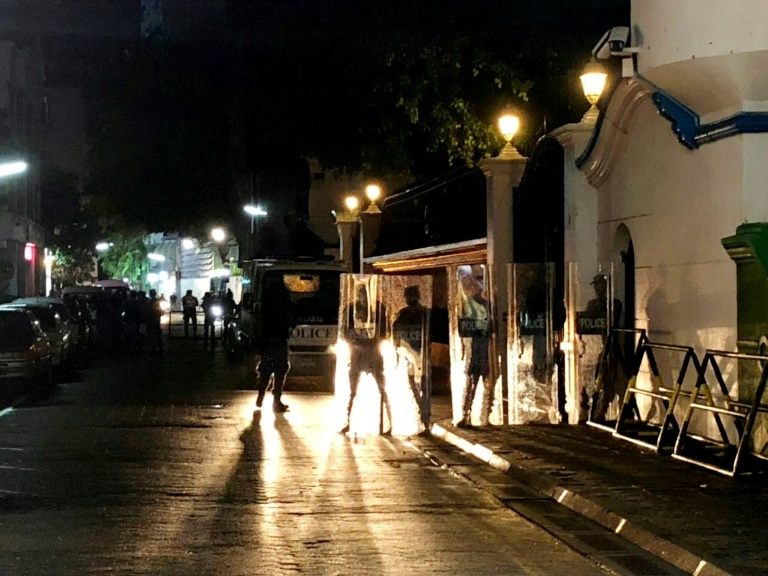 A crackdown on dissent in the Maldives is tantamount to "an all-out assault on democracy", the UN human rights chief warned Wednesday, after President Abdulla Yameen appeared to gain the upper hand in a bitter power struggle.

The tiny island nation has been grappling with a political crisis after the president refused to obey a Supreme Court order to release nine political prisoners and declared a state of emergency.

The UN Security Council is set to discuss the situation during a closed-door meeting on Thursday, diplomats said, and will hear a report by the UN political affairs department, which asked the top UN body to take up the matter.

The Maldives, whose palm-fringed sandy beaches are a major tourist draw, was plunged into chaos after the top court last Thursday ordered the prisoners' release in a stunning blow to the ruling regime, saying their convictions were flawed.

The shock ruling seemed to pave the way for the return of Mohamed Nasheed, the country's first democratically elected president and now leader of the opposition, two years after he left his homeland following a controversial terrorism conviction.

But strongman Yameen was defiant, and instead declared a 15-day state of emergency that curtailed the powers of the judiciary and the legislature before ordering the arrest of the chief justice and another top judge.

Citing "the concerns raised by the president", the three remaining Supreme Court judges on Tuesday reversed last week's ruling, reinstating the convictions against Nasheed and eight others.

That means the leader of the opposition risks re-arrest if he returns as promised to run against Yameen in presidential elections due later this year.

The streets of the capital Male were calm Wednesday with only a limited police presence and no sign of any repeat of the opposition protests that broke out last week.

In the strongest international condemnation of the president since the crisis erupted, UN human rights chief Zeid Ra'ad Al Hussein on Wednesday accused Yameen of trying to destroy democracy.

"The suspension of several functions of the judiciary and Parliament, and the restrictions on a series of constitutional rights, create a dangerous concentration of power in the hands of the president," said Zeid.

"What is happening now is tantamount to an all-out assault on democracy."

He urged Yameen to lift the state of emergency and restore rule of law in the honeymoon islands.

"President Yameen has, to put it bluntly, usurped the authority of the state's rule-of-law institutions and its ability to work independently from the executive."

A statement on Yameen's website said his administration welcomed the Supreme Court's U-turn on the release of the political prisoners.

Former leader Nasheed has urged international intervention in the crisis, calling on regional superpower India to send in troops to free the judges and the political detainees.

India said in a statement it was "disturbed" by the president's latest moves and was monitoring the situation closely but did not directly address Nasheed's request.

Several countries have warned against travel to the Maldives, which depends heavily on tourism.

UN Secretary General Antonio Guterres on Tuesday also urged the Male government to lift the state of emergency, saying he was "seriously concerned about the unfolding situation".

Yameen has had almost all the political opposition jailed since he came to power, in an escalating crackdown on dissent.

This week he ordered the arrest of his estranged half-brother, former president Maumoon Abdul Gayoom, who last year sided with the opposition.

Gayoom -- president for 30 years until the country's first democratic elections in 2008 -- was previously the only senior opposition figure still at liberty in the Maldives.

Nasheed on Wednesday demanded his release, saying the 80-year-old former leader had not been eating since his arrest.

He also urged the release of Judge Hameed, who he said had been ill-treated in detention and was admitted to hospital Wednesday.

Hameed and Chief Justice Abdulla Saeed are accused of accepting bribes to impeach the president.

Opposition sources linked the arrest of Qasim Ibrahim's son to allegations that Qasim was a key figure behind the latest attempt to topple the president. 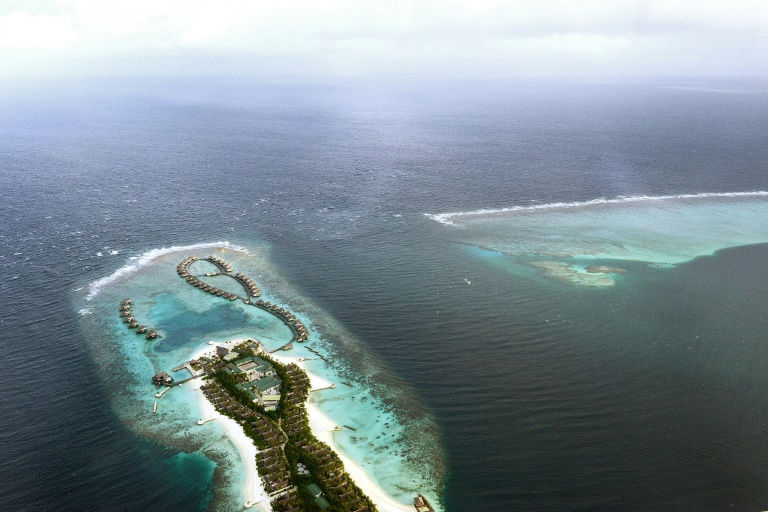 Qasim -- among the nine mentioned in the court order -- ran for president in 2013 and was one of four signatories of an opposition unity deal aimed at toppling Yameen in April 2017.

Qasim was subsequently jailed for three years on a bribery charge but given asylum in Germany after travelling there for medical treatment.