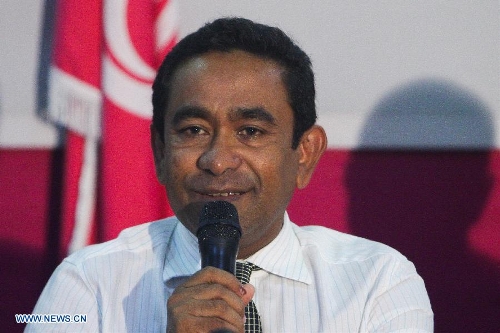 MALE - The Maldives Criminal Court on Monday ordered authorities to take into custody former President Abdulla Yameen untill a money-laundering case against him is concluded in court, local media reported.

Yameen appeared in the Criminal Court here on Monday afternoon after top prosecutor charged him with money laundering last week.

During the case hearing, the prosecution asked the court to take Yameen into custody to prevent him from influencing the evidence against him.

The judge presiding over the trial granted the prosecution's request to detain the former president in a jail in Male till the end of the trial.

Yameen has denied any wrong-doing and appealed against the frozen of his bank account.