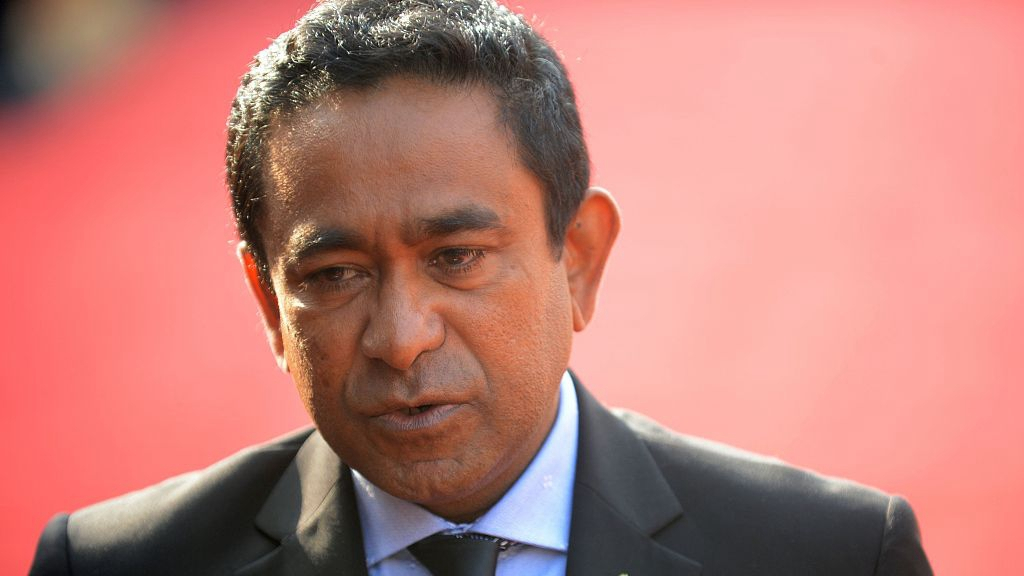 Former Maldives President Abdulla Yameen was convicted and sentenced to five years in prison for money laundering on Thursday – as dozens of his supporters gathered outside the courtroom saying he's innocent.

Yameen, who led the Maldives from 2013 to 2018 unexpectedly lost an election last year and has since faced investigations over a number of deals sealed during his tenure.

He was accused of receiving one million US dollars of government money through a private company as part of a deal to lease a number of tropical islands for hotel development – charges he has repeatedly dismissed.

Authorities also froze bank accounts belonging to Yameen that held around 6.5 million dollars at the end of last year following the accusations.

The 60-year-old was arrested in February on charges of bribing witnesses in the ensuing money laundering trial.

Judge Ali Rasheed, who headed a panel of five judges trying the case, told the criminal court it had been established beyond any reasonable doubt that Yameen had taken money that he knew was embezzled from the state.

"The judges took over 10 days to deliberate on this and this is the unanimous verdict of the five judges," Rasheed said.