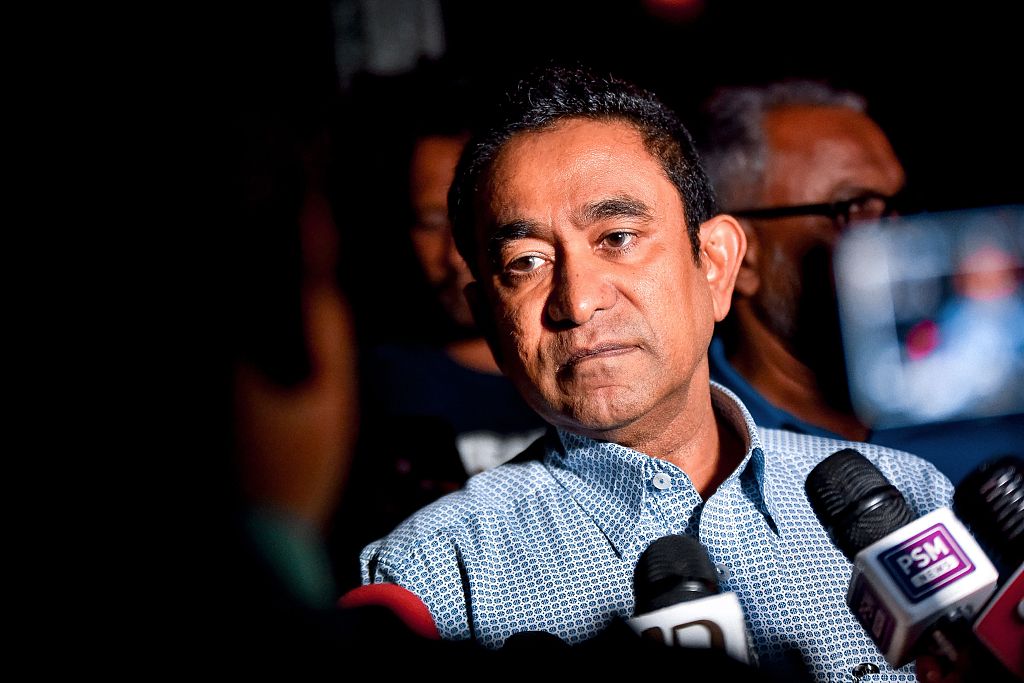 The Maldives Criminal Court Judge Ali Rasheed, who headed a panel of five judges trying the case, told court it had been established beyond any reasonable doubt that Yameen had taken money that he knew was embezzled from the state.

Yameen has been accused of receiving 1 million U.S. dollars of government money through a private company as part of a deal to lease a number of tropical islands for hotel development.

Yameen however has denied all charges.

The Prosecutor General's Office pressed criminal charges against the former president on money laundering after a statement from Maldives Police Service, accusing him of embezzlement and giving false statements to mislead the investigation, local media reports said.

Supporters of Yameen gathered on Thursday evening around the court area to protest over the trial and chanted slogans calling for his release.