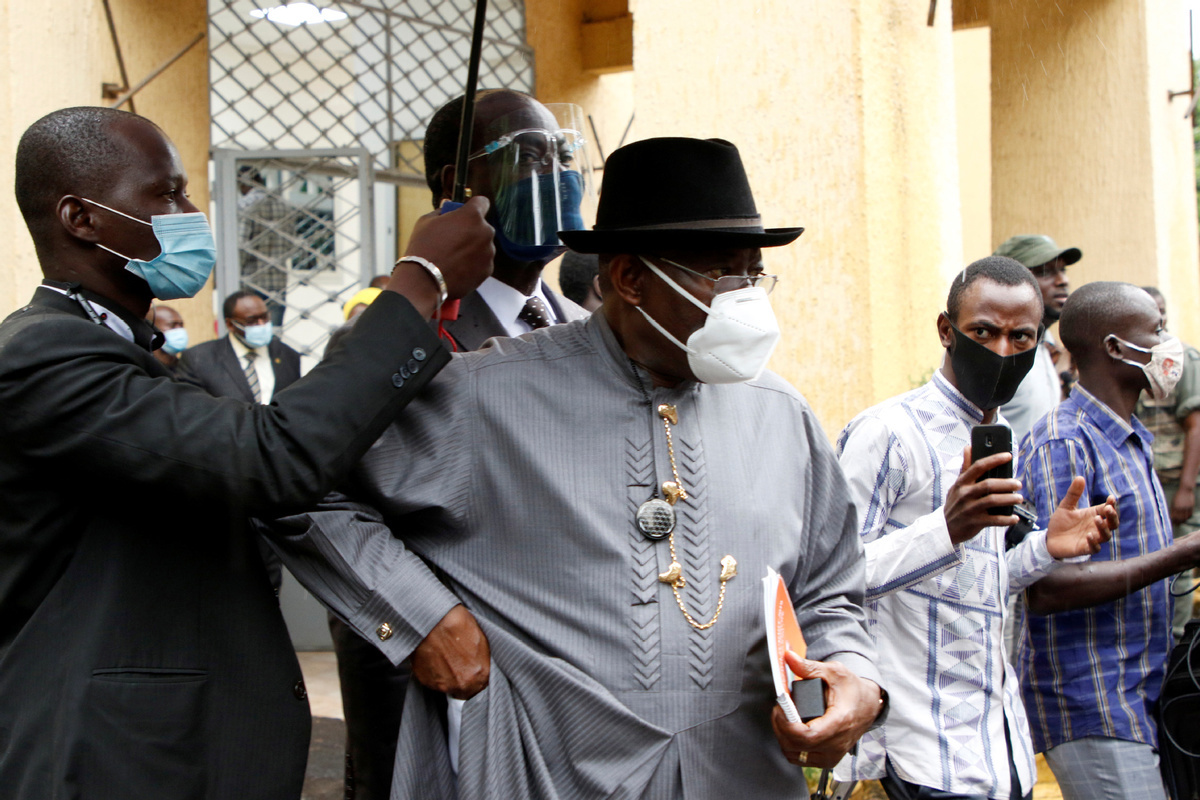 Military coup leaders who seized power in Mali on Aug 18 have demanded a military-led transitional body rule the country for three years. They also have agreed to release Ibrahim Keita, the country's deposed president.

According to a delegation from the West African regional bloc, ECOWAS, the members of Mali's military junta and the ECOWAS delegation have reached an agreement on several points after a day of negotiations on Sunday aimed at returning the country to civilian rule.

"The junta has affirmed that it wants a three-year transition to review the foundations of the Malian state. This transition will be directed by a body led by a soldier, who will also be head of state. The government will also be predominantly composed of soldiers," a source in the ECOWAS delegation in capital Bamako said on Sunday.

Leaders of the military government led by Colonel Assimi Goita and mediators from ECOWAS, led by Goodluck Jonathan, Nigeria's former president, met behind closed doors all day on Sunday and are due to resume discussions on Monday.

"We have been able to agree on a number of points but not yet on all the discussions," Jonathan said.

According to ECOWAS, the military leadership has agreed to free Keita, who has been in detention along with other political leaders since the coup on Aug 18. He will be able to return to his home in Bamako, the country's capital.

However Boubou Cisse, Mali's prime minister who was detained with Keita at a military base outside the capital where the coup began, would be moved to a secure residence in the city.

Early last week, a section of Mali's military mutinied by carrying out the coup following months of protests calling for Keita to resign, as public discontent with the government grew over the country's brutal Islamist insurgency and collapsing economy.

Despite being condemned by the African Union, European Union and the UN Security Council, the coup has been celebrated by thousands of opposition supporters as the military claimed that they undertook the coup to complete the work of the protesters.

On Thursday, coup leaders held talks with officials from the country's opposition parties in a bid to assure them that they are willing to hand over power to a civilian authority. The latest coup is Mali's second in eight years.