BAMAKO, July 20 (Xinhua) -- Mali's presidential office on Tuesday said there was an attempted stabbing attack against the West African country's transitional president, Assimi Goita at the Grand Mosque of Bamako. 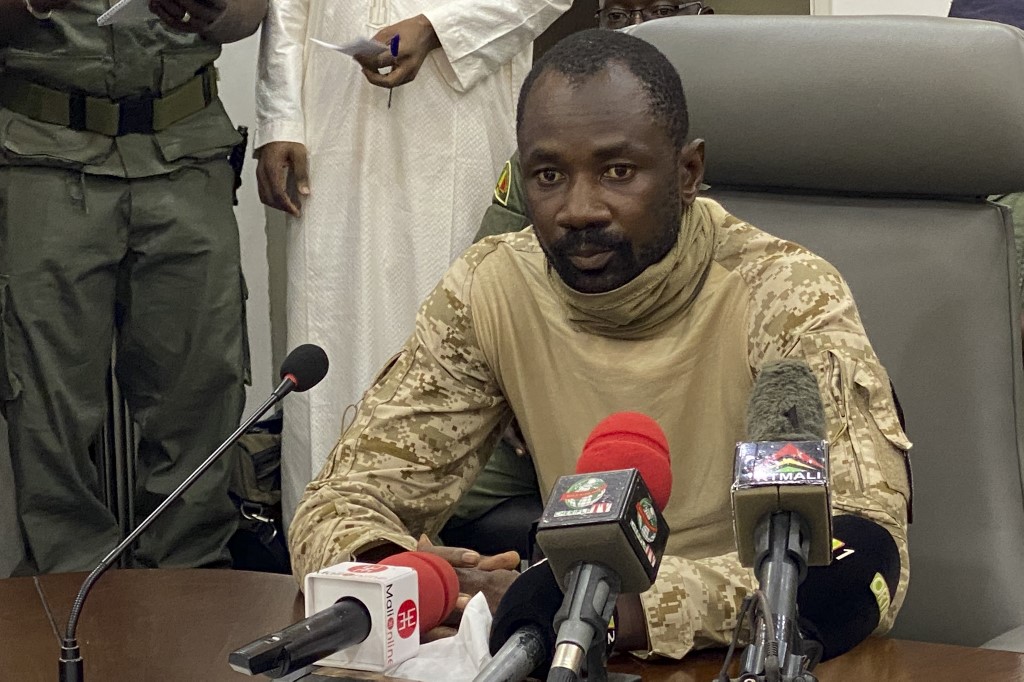 In this photo taken on August 19, 2020, Assimi Goita speaks to the press at the Malian Ministry of Defence in Bamako. (File photo: AFP)

In a statement on Twitter, the office said the attacker was immediately overpowered by the bodyguards, adding that investigations are ongoing.

According to local media outlet Malijet, the country's largest news portal, the attempted attack happened while Goita was attending the prayer of Tabaski (Eid al-Adha). "The attacker tried to stab the president when the imam was leaving to sacrifice his sheep. But it was another person who was hurt," it reported.

In recent years, central and northern Mali has been plagued by a worrying security situation marked by terrorist attacks and inter-communal conflict. In recent months, the security threat has spread to the country's south, where the massive presence of Islamist fighters has been reported.

Late June this year, the UN Security Council decided to renew the mandate of the United Nations Multidimensional Integrated Stabilization Mission in Mali (MINUSMA) until June 30, 2022, in efforts to support the country's political transition ahead of presidential and legislative elections slated for Feb. 27, 2022.