Malta: 4 EU nations will take in 64 migrants from aid ship 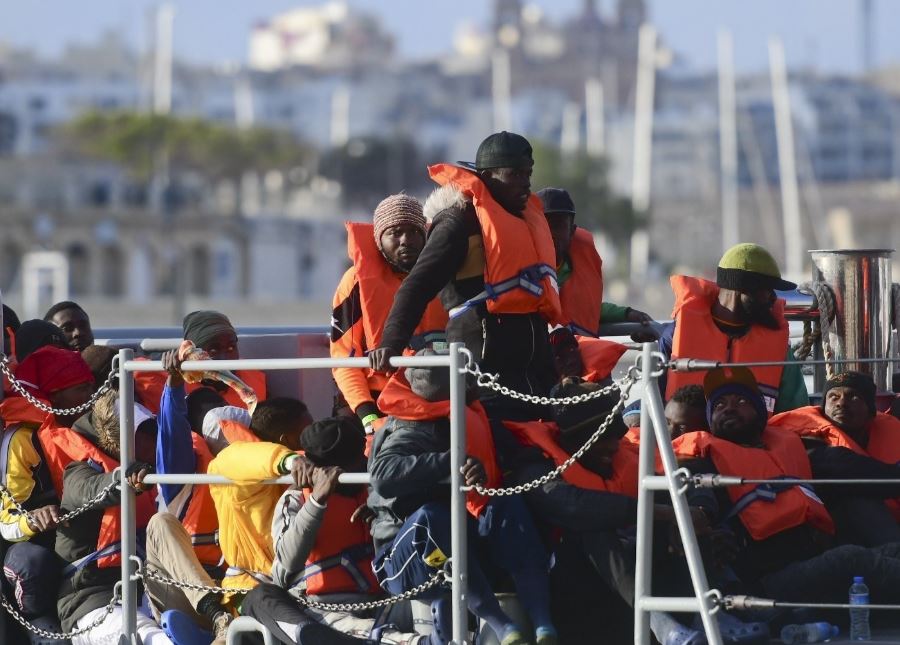 Ending another European standoff over immigration, Malta on Saturday announced a deal to distribute 64 migrants rescued at sea off Libya 10 days ago among four European Union nations.

The migrants, who will be distributed among Germany, France, Portugal and Luxembourg, were transferred to Maltese army boats from the ship that saved them and were brought into Valletta’s port on Saturday afternoon.

However, Malta said the German-flagged aid ship carrying them, the Alan Kurdi, would still not be allowed to enter its ports and none of the migrants will remain permanently in Malta.

“Once again, the smallest member of the European Union was put under unnecessary pressure being asked to resolve a case which was neither its responsibility nor its remit,” the government said. “A solution was found in order not to let the situation deteriorate further while making it clear Malta cannot keep shouldering this burden.”

Malta has argued it cannot open its ports to humanitarian rescue ships because their activities off the coast of lawless Libya have encouraged human traffickers.

The German aid group Sea-Eye, which had rescued the 64 migrants, had complained for days about worsening conditions on the Alan Kurdi, which was not designed to handle so many people. Two migrants were evacuated due to health issues.

“Excellent news!” he tweeted after the deal was announced. He praised Malta for “doing the right thing by denouncing the dangerous and undue pressures exerted by the NGOs.”

Salvini, leader of Italy’s far-right League party, is sticking to a hard-line approach to migration, insisting that Italian ports should be closed to migrants rescued by aid groups in the Mediterranean Sea in a bid to force other EU states to take them in.

The 64 migrants were originally rescued off the Libyan coast, so Italy and Malta claimed that Libya should have taken them in. However, parts of Libya have seen escalating fighting in the last week as one military faction seeks to take over the capital of Tripoli.

A total of 356 people have died or gone missing while crossing the Mediterranean to Europe this year, according to the International Organization for Migration.