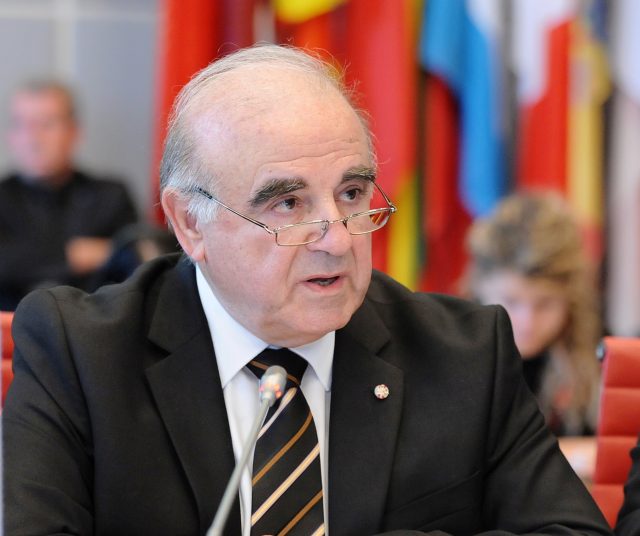 VALLETTA, April 2 (Xinhua) -- The Maltese parliament approved the nomination of George Vella as the tenth President of the Republic on Tuesday.

Vella will be sworn in on April 4 and will replace outgoing President Marie-Louise Coleiro Preca.

Vella was Malta's foreign minister during the last legislature between 2013 and 2017. He was first elected to parliament in 1976 and was deputy prime minister between 1996 and 1998.

Both the government and the Nationalist Opposition voted in favor of the former foreign minister and Labour Party deputy leader's nomination.

Both MPs for the Democratic Party boycotted the debate because the party claimed the government had ignored calls for Malta's next president to be elected by a two-thirds parliamentary majority.

Addressing parliament on Tuesday, Prime Minister Joseph Muscat said he could think of nobody better for the role, insisting that Vella was the best man for the job at this particular moment.

Opposition leader Adrian Delia noted that his party's call for the president to be elected by a two-thirds parliamentary majority had not been accepted by the government.

Despite this, he too said he was convinced of Vella's stature and moral fibre, irrespective of his political beliefs.