WORLD Man arrested after car-ramming at Lyon airport in France

Man arrested after car-ramming at Lyon airport in France

A man rammed his car through two glass doors and sped onto a runway at the international airport in Lyon, southeast France, on Monday before being arrested by police who laid chase in vans and on foot.

In scenes captured on amateur video, the car is seen hitting a bump, then going airborne and landing in a cloud of dust. The driver then jumped out while the vehicle was still rolling and sprinted off on foot, pursued by a police van. 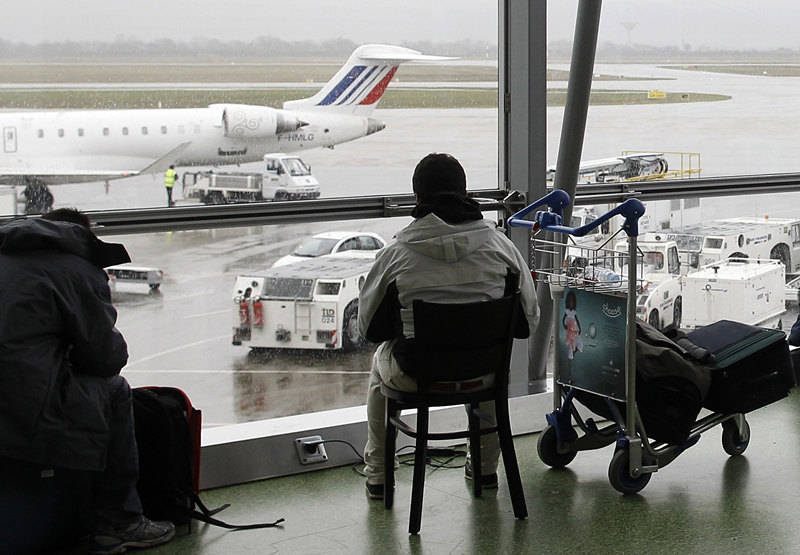 Other police vehicles and officers on foot then tried to cut off his escape until one of them managed to catch up with the suspect and wrestle him to the ground, the video showed.

Local government press officer Christelle Monteagudo said the man's motives were unknown and that nothing was being ruled out.

She said the man first drove the wrong way on the A43 highway and crashed into a barrier at a small aerodrome before heading to Lyon's much larger Saint Exupery airport.

There, the car rammed through two glass doors at the airport's Terminal 1 to drive onto the runways, she said.

She said flights have been halted.

Top image: In this Dec.17, 2011 file photo, a passenger waits for his flight during a strike at Lyon-Saint Exupery airport, central France. Authorities say police have arrested a man who rammed his car through two glass doors at Lyon's international airport and sped onto the runway. (AP Photo)