WORLD Man arrested in connection with suspicious packages: US official

Man arrested in connection with suspicious packages: US official 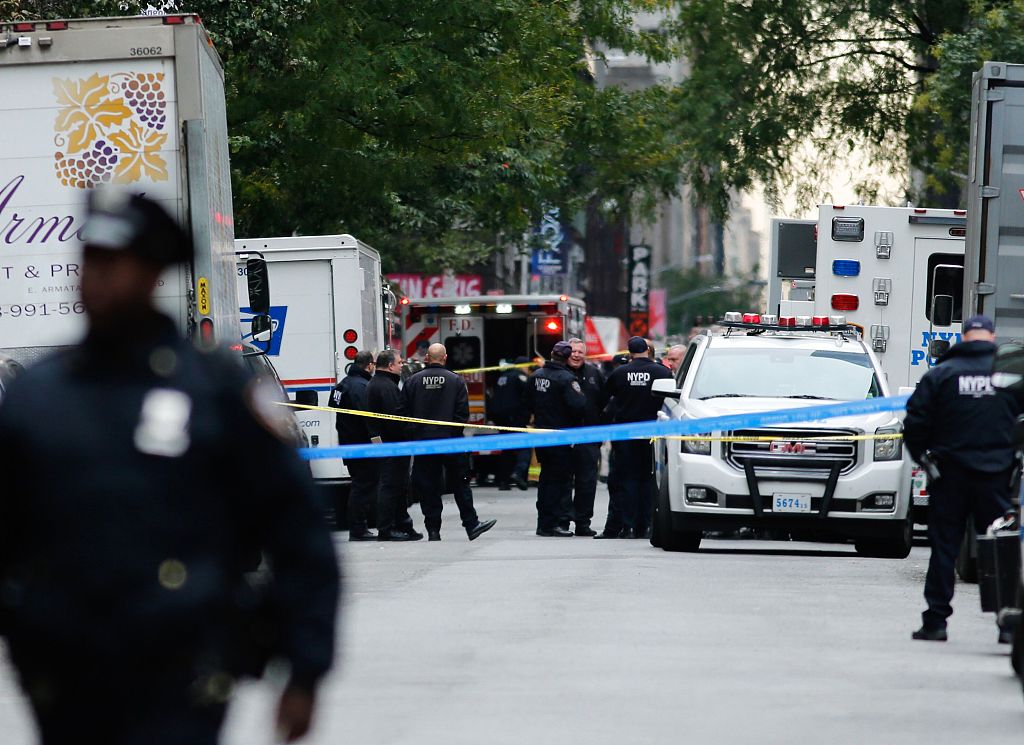 Police are seen on the scene where suspicious package was found in Midtown Manhattan on October 26, 2018 in New York City. (Photo: VCG)

Washington (People's Daily) - A man has been arrested in connection with the mail pipe bomb plot involving over than 10 packages sent in the past week to critics of President Donald Trump.

The US Department of Justice confirmed Friday that a man in Florida has been arrested in connection with the terrorism.

Federal officials were seen on television examining a white van, its windows covered with an assortment of stickers, in the city of Plantation. They covered the vehicle with a blue tarp.

The name of the person and any charges he might face was not immediately known.

The discoveries — making 12 so far — further spurred a coast-to-coast investigation, as officials scrambled to locate a culprit and possible motive amid questions about whether new packages were being sent or simply surfacing after a period in mail system.