Man charged with murder after fatal shooting in Chicago Chinatown 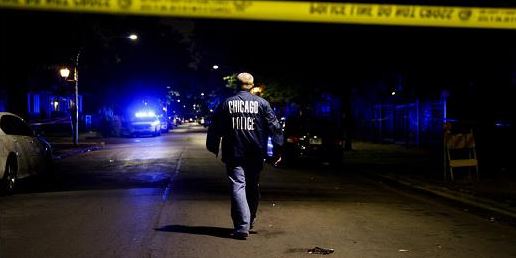 Alvin Thomas, 20, was arrested about 15 minutes after two men were shot to death during a robbery early Sunday morning at the parking lot of an apartment complex in Chinatown on the south side of Chicago.

The two men in their late 30s and a woman in her 40s were standing in the parking lot when the robbery took place. The suspect walked up and tried to rob them, Chicago Tribune quoted local police as saying.

The men resisted, and the suspect fired multiple shots at their heads. Both were pronounced dead at the scene.

The woman complied with the robber and was not injured.

Thomas has been charged with two counts of first-degree murder. He has a criminal history and was on probation for another robbery, according to local police.