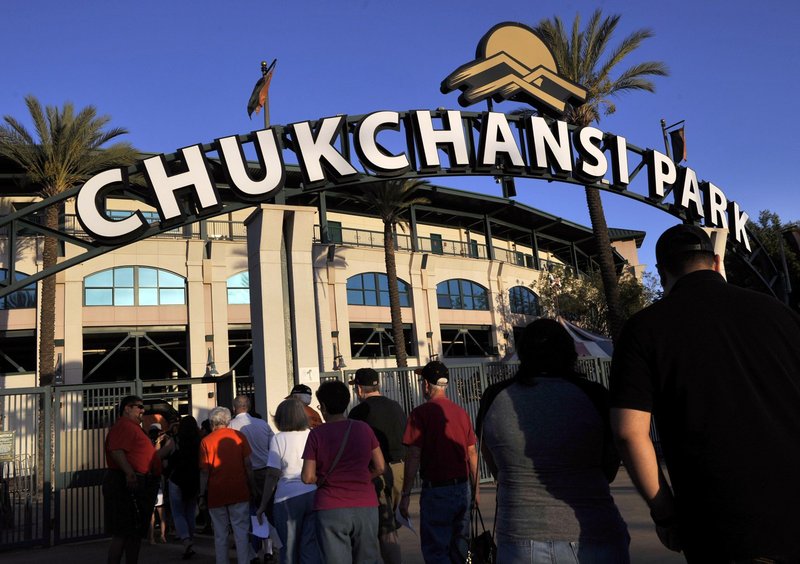 This Sept. 18, 2015 photo shows fans arrive at Chukchansi Park in Fresno, Calif., for a minor-league baseball game between the Fresno Grizzlies and the Round Rock Express. (Photo: AP)

A man died shortly after competing in a taco-eating contest at a minor league baseball game in California, authorities said Wednesday.

An autopsy on Hutchings will be done Thursday to determine a cause of death, Botti said. It was not immediately known how many tacos the man had eaten or whether he had won the contest.

Fresno Grizzlies spokesman Paul Braverman said in a statement the eating contest was not connected to Saturday’s competition and added “out of respect for the grieving family, we are declining on-camera requests at this time.”

Neither Braverman nor Fresno Grizzlies president Derek Franks, immediately respond to messages from The Associated Press.

The team did not reference the incident on any of its social media platforms Wednesday, but an ad for Saturday’s taco-eating competition remained on its Facebook page.