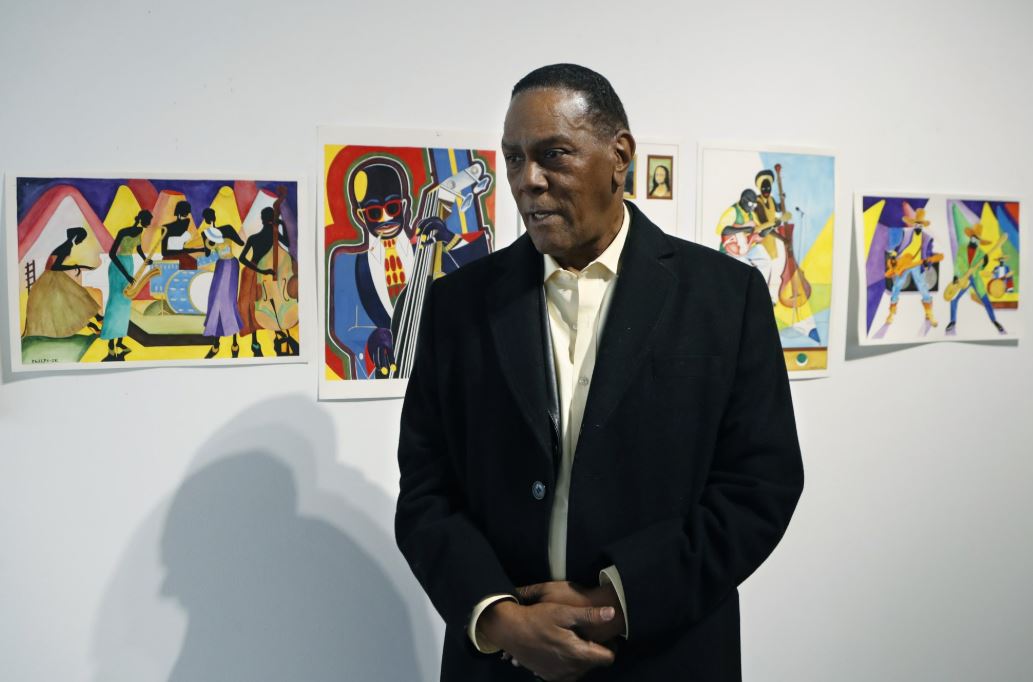 Richard Phillips stands next to some of his artwork during an interview at the Community Art Gallery in Ferndale, Mich. (Photo: AP)

Richard Phillips said he didn’t mope much during the 45 years he wrongfully spent in prison. He painted watercolors in his cell: warm landscapes, portraits of famous people like Mother Teresa, vases of flowers, a bassist playing jazz.

“I didn’t actually think I’d ever be free again. This art is what I did to stay sane,” the 73-year-old said.

Phillips could be eligible for more than $2 million under a Michigan law that compensates the wrongly convicted , but the state so far is resisting and the matter is unsettled. So he’s displaying roughly 50 of his more than 400 watercolors at a Detroit-area gallery and is willing to sell them.

His paintings are precious to him, but he said he has no choice: He needs money.

Phillips was released from custody in 2017 and, in 2018, became the longest-serving US inmate to win exoneration. He was cleared of a 1971 homicide after an investigation by University of Michigan law students and the Wayne County prosecutor’s office.

Phillips is showing his work at an art gallery inside Level One Bank in Ferndale, a Detroit suburb. A reception was planned for Friday night.

“Are you the artist? God bless you. Beautiful,” a bank customer said while admiring a painting of five musicians Thursday.

Phillips said he bought painting supplies by selling handmade greeting cards to other inmates. He followed a strict routine of painting each morning while his cellmate was elsewhere. He was sometimes inspired by photos in newspapers and liked to use bright colors that didn’t spill into each other.

But a cramped cell isn’t an art studio. Phillips said prison rules prevented him from keeping his paintings so he regularly shipped them to a pen pal.

After he was exonerated, Phillips rode a bus to New York state last fall to visit the woman. He was pleased to find she still had the paintings.

“These are like my children,” Phillips, a former auto worker, said during a tour with The Associated Press.

“But I don’t have any money. I don’t have a choice. Without this, I’d have a cup on the corner begging for nickels and dimes. I’m too old to get a job,” he said.

Phillips’ attorney, Gabi Silver, who has helped him adjust to a life of freedom, said the paintings are inspirational.