A man has had to have his left arm amputated after he contracted a flesh-eating bacteria from raw sushi.

The 71-year-old South Korean man developed a fever and pain in his hand just hours after eating the raw fish, according to a case report in The New England Journal of Medicine.

The unnamed patient had a history of Type 2 diabetes, hypertension, and end-stage renal disease when he presented to hospital two days after consuming the seafood. 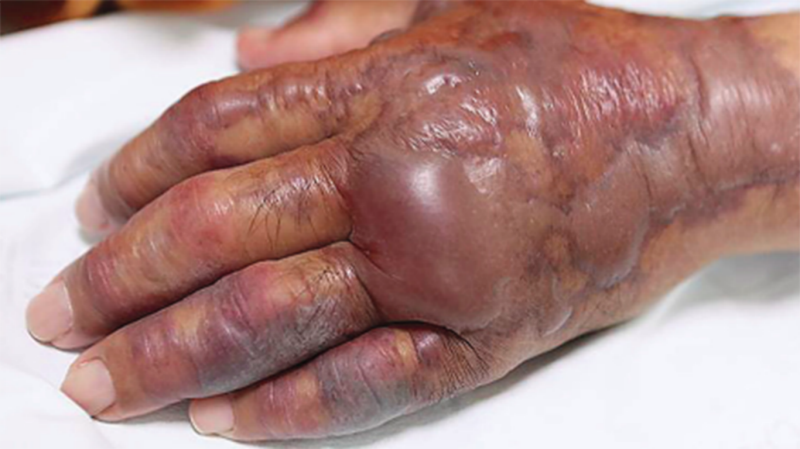 The man’s left arm was amputated after his blisters worsened and spread up his arm. Source: New England Journal of Medicine.

He had developed large blisters all over his left hand, with doctors diagnosing the infection as vibrio vulnificus, a flesh-eating bacteria that they endeavoured to treat it with antibiotics.

However, the patient’s medical history left him at a higher risk of infection and the blisters worsened, transforming into deep ulcers and spreading from his hand up his arm.

Surgeons eventually had to amputate his arm, 25 days after he presented at hospital.

Vibrio vulnificus is contracted by eating raw or undercooked seafood, but it can also be contracted if an open wound is exposed to saltwater.

According to The New England Journal of Medicine, the patient “did well after the surgery and was discharged home” after the amputation.